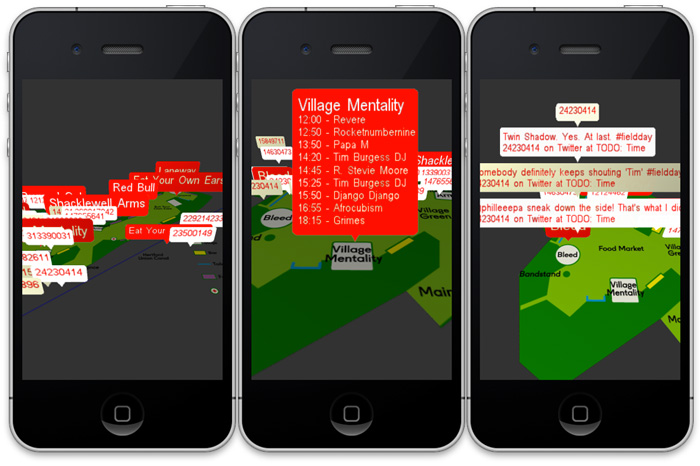 event app as research, shaping up

a little bit of a more compelling demo than last shown. development of this app has proved pretty painful, part of which is engaging with openFrameworks and c++ at a level beyond demo, and part of which has been the flakiness of the ofxAddons i’ve tried to use. the 3D model loader ofxAssimpModelLoader turned into the bane of this project; a core component of the app, the scope of its ill-effects was never clear until the debugging got truly brutal. i also had to ditch ofxTwitter, but at least can contribute back my working of the search functionality into the immeasurably better codebase of ofxTwitterStream. 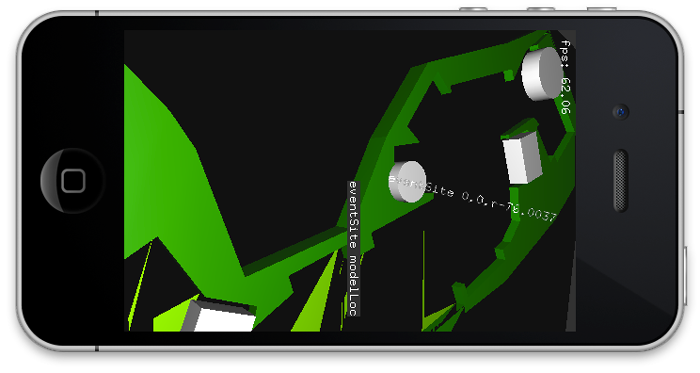 it doesn’t look like much at the moment, but this is the first step into my research group at university doing a study on real festival audiences at real festivals. i’m developing an interactive map / timetable app, which will have quite some interesting features and opt-ins by the time we’re done. the promoters we’ve been talking to already have an interactive map of sorts, i’ve already done some interesting things visualising live events, and of course there’s my phd on audiences and interaction.

…and i use the word awesome precisely, for making my first application was an awe-inspiring experience. i could make a better screenshot, i could work it untill i really do have plasma pong, but ffs it took two hours for a standing start! never having done any c++ let alone work with a fluid library before, let alone… yeah, i could go on. possibly the better route is just to try and sample some of my communication in the 24 hours since then…

› was going to come down to that, let me know how it is
btw the workshop was great, or rather the workshop was a decent enough workshop (memo is a great teacher, btw) but OF is really really great. i think i probably got a lot more out of the workshop that some others, as i’ve spent so much time coding this last year or two i was able to dive straight into c++ and OF, but really OF comes highly recommended: quick to code, fast to execute, and vast in its scope. if you can do processing, OF is pretty much processing for grown-ups.

› so how you finding OF? you know you can just recompile it for the iphone…
simply that i could write that from a standing start in a weekend OF workshop blows my mind.

› dude, are you saying what I’m thinking you are saying? Create a layer for openframeworks -> QCplugin!?!? so you can compile an openframeworks app as a QCPlugin!? cos that would be ace! lets do it!!
i am saying something like that =]
you either create a OFRenderer class that is patterned on QCRenderer, or yeah, you somehow get an OF app to impersonate a QCRenderer or QCComposition.
either of which would blow the doors off. OF wrapped and frame-driven from cocoa (ie. NSOpenGL, CV display link), coding rendering pipelines that go through both OF and QC, OF as plug-ins for all QC enabled apps… la la la le la shazaam.

note - a zip of the project is attached, frozen at the minute it first was alive as a working plasma pong. so its not to be taken as an example of coding best practice, but just to illustrate what two hours can get you. space bar to start, a/z and k/m for the paddles. 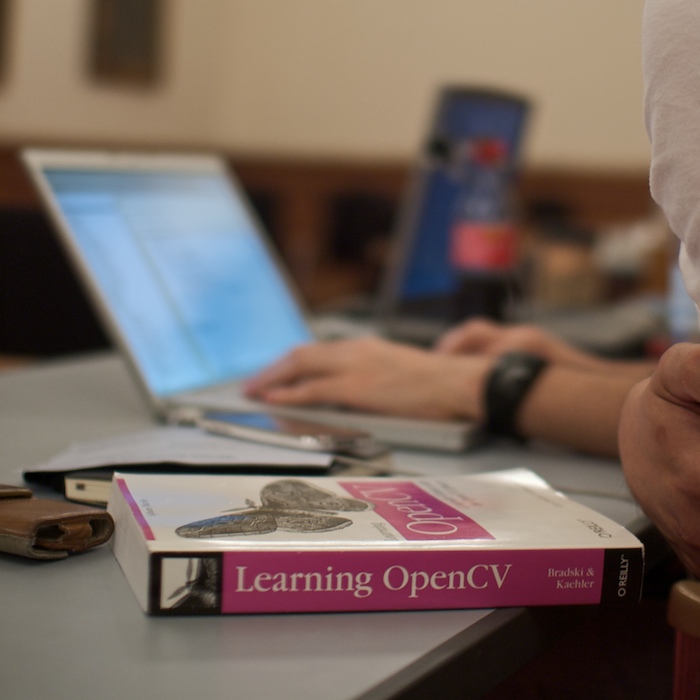 ofWorkshop » where else would you see this book?

this was actually for a really nice first project from ian grant and two others, where they used openCV and box2D to drop computer rendered shapes from the top of the canvas and see them pile up on the ground, except that the ground was made by whatever shape was put in front of the webcam. 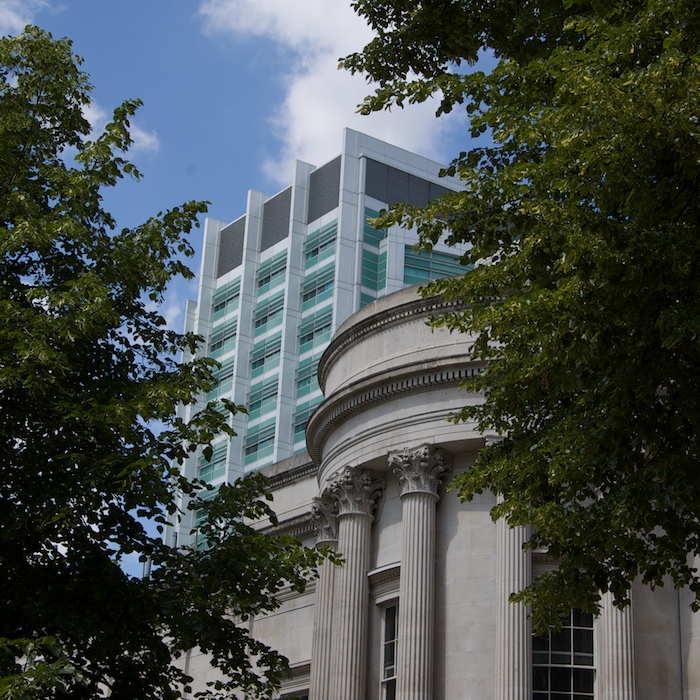 as if to chide us for being inside glued to laptops for the weekend, the quad outside the workshop room is a vision of summer perfection. although cropped like this, london looks like america all of a sudden. 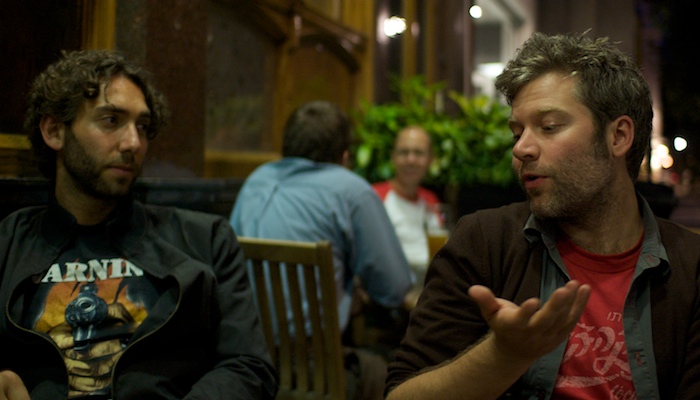 electronics out the way, and a few beers later, we’re deep into philosophy, civilisation and disability. scott making the aspirational claim for devoting potentially disproportionate resources to niche concerns, to paraphrase him that what might seem extravagant now is where we want to be throughout society, so we need some excuse to trailblaze. 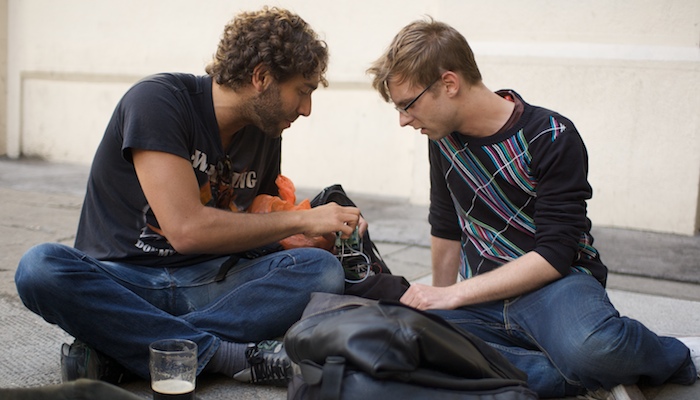 pint-in-the-pub post workshop, look round to daniel and franz, and see the electronics have already been broken out. yep, its going to be that kind of weekend. 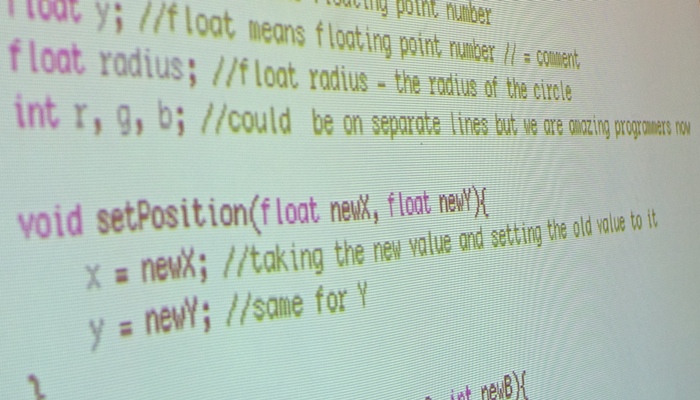 i’m part of a open frameworks workshop, along with some very interesting other people. this means during a lovely sunny weekend in london, i’m geeking out in a dark room learning OF. as a lot of people there haven’t spent the past year or two getting deeper and deeper into code, it starts with the basics: “int r,g,b; // could be on separate lines but we are amazing programmers now”.