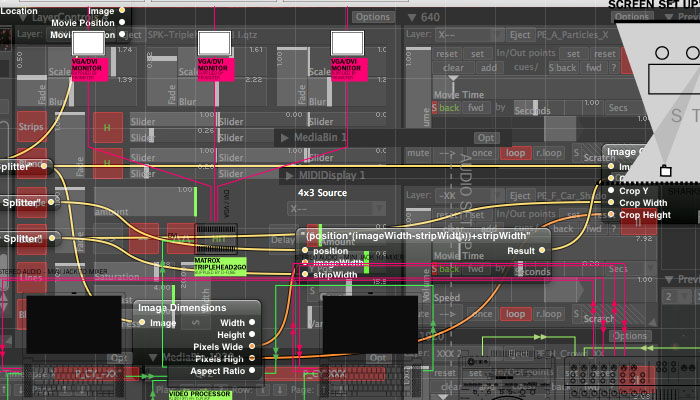 as part of the rhythms and visions event, a day of workshops was organised. los angeles visual artists - lava had the morning, and covered the past and present of ‘visual music’ works. mike, matthias and i had the afternoon, which we nailed the four hours precisely with a tour through the d-fuse oeuvre and a journey through our particle production process. the latter was my main contribution, and its a tricky balance to give: lots of really cool stuff – shooting, taking crops, building abstracting effects – but with what can reduce down to a sea of noodles and buttons. pretty happy though, good feedback that the thread was there and it all tied up: people got it.