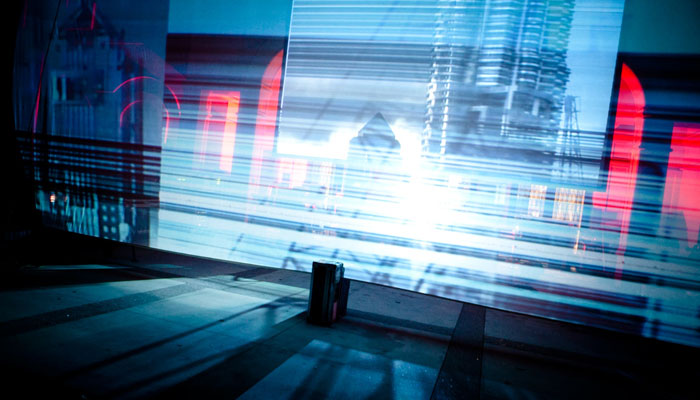 endless cities over, the scrim is dropped and its time for particle. the last performance of particle – cynetart – had the sense of finally getting to a definitive, rounded piece. this, then, with the new season upon us should have been the start of particle phase two, starting with much upped audio-visual linkage and a higher-res two-up 16:9 format. the world has a way of conspiring sometimes, and instead for me it was one step forward and three back as the challenges of the format re-working and no time outside this trip ate any creative or rehearsal time just to get a functioning show. which isn’t to say that it still wasn’t quite an experience for the audience. as the photo shows, it was not the average film school evening!