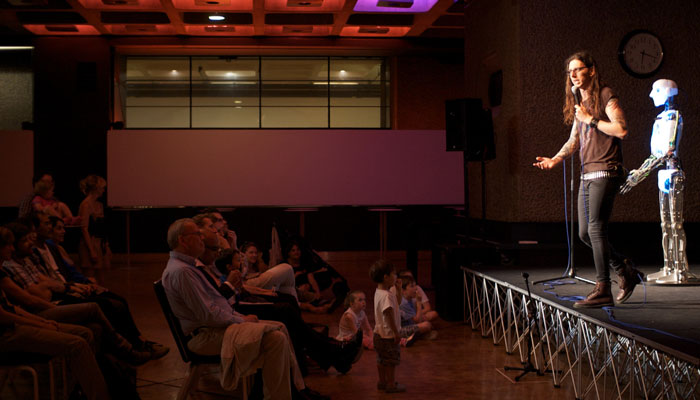 highlight of this show had to be turning to the many kids who had appeared at the front, and singing his bumface song. to be clear, the bumface song is far from his funniest gag, not even anything much beyond the antics of a school playground. but what is so interesting is how that content is transformed in that moment of live performance and audience state into a bubble of joy. thats what we’re after. he had lots of techniques for eliciting response from a slightly wary audience.

it’s why we’ve chosen the genre for these live experiments, but it bears repeating: stand-up comedy really is so much more than the jokes.