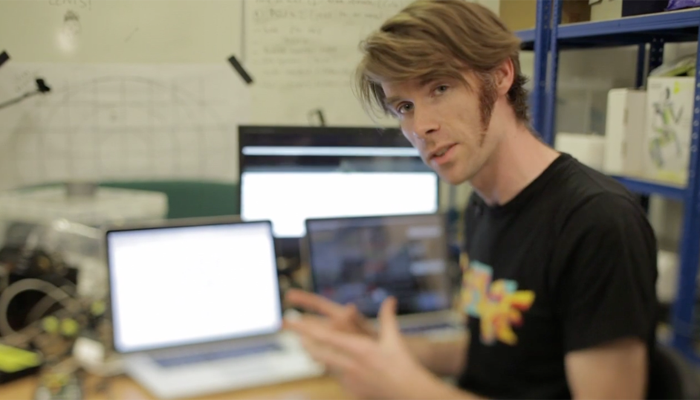 the d-fuser in four minutes

after being one of the forces behind qmedia’s inaugural open studios last year, this year i was playing behind-the-scenes fixer, and with things fixed was able to get a few hours hacking on the dvi mixer before the show wrapped. even better, having established last year the reward of documentation, there was now a film crew looking intrigued and asking me to explain my research… 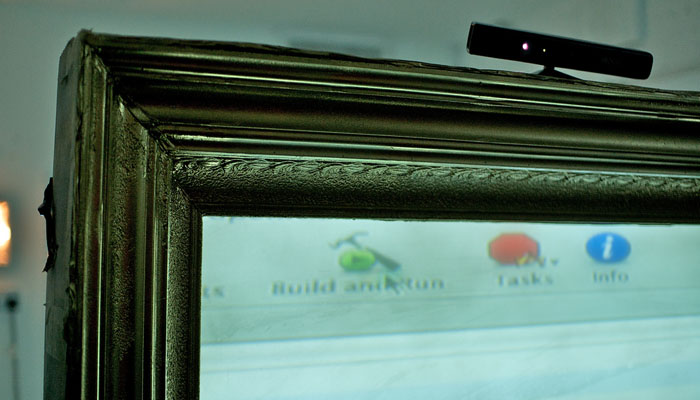 there is a full gallery of prints and photos from the open studios up on flickr. i had camera in hand pretty much the whole time (or rather with this lovely strap) and there’s a number of shots i think that get towards the spirit of what happened. but my favourite is this quiet shot, which for me tells the whole story: kinect, custom code yet in the context of an ornate frame from an age where mirrors themselves were the cutting edge of technology. for this mirror can play with your image, reconstructing and (re)animating a shadow from skeleton positional data. its also serious research: if we can systematically manipulate how your mirror image reacts, we can learn much about human-human interaction and notions like empathy. what illusion is shattered when your technologically mediated shadow decides to pick its nose? 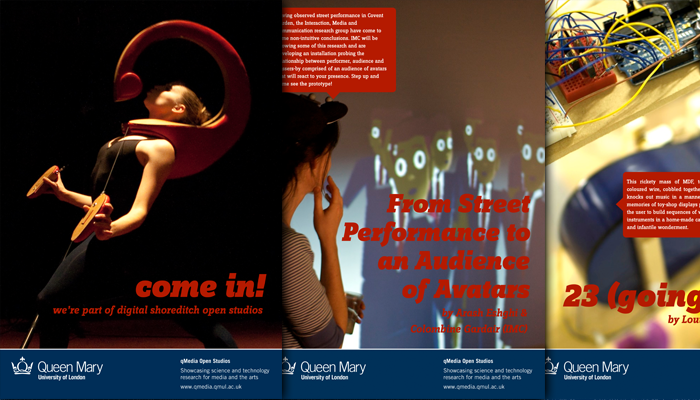 the programme i’m part of at university – media & arts technology – is quite a leap for the department to have made. perhaps it could be characterised as they realised they had lots of technology research, but nobody around who did things with technology, so they got in some artists, hackers and whatnot in to see what would happen. but rather than create an island of ‘cool’, the plan was to embed MAT within the culture of a science and technology department. very laudable, but has been so frustrating at times: institutional intertia and so on.

qmedia open studios felt like the turning of the tide. an exhibition of work going on in under the umbrella of qmedia, it was a new way of doing things for the department, from minor victories like getting computer science to buy white art plinths and equipping a workshop as a proper hack lab, to helming conceptual shifts in how research can be linked up across the department and communicated to the public. i’m proud to have been a force behind it.