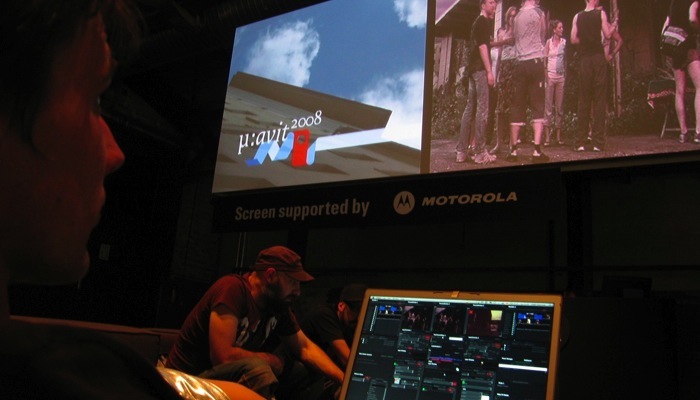 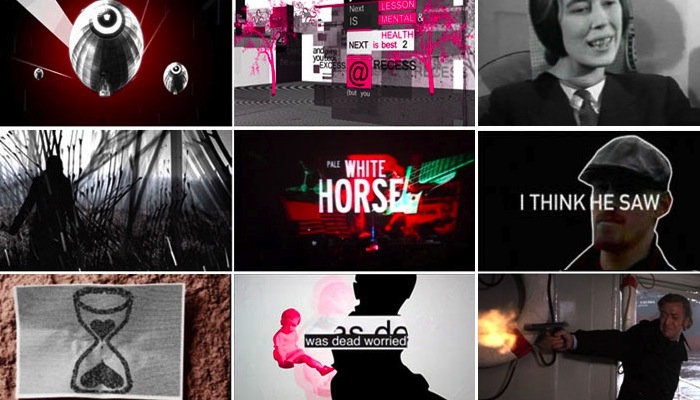 i feel the screening programme made by paul and lara is a really important review of works to have come out of the “vj” scene, or rather the collision of vj practice with ideas beyond wallpaper. i’m also proud to be part of that, with rbn_esc and a hand in the story collector, but more so that such a programme has been assembled for posterity. bravo! 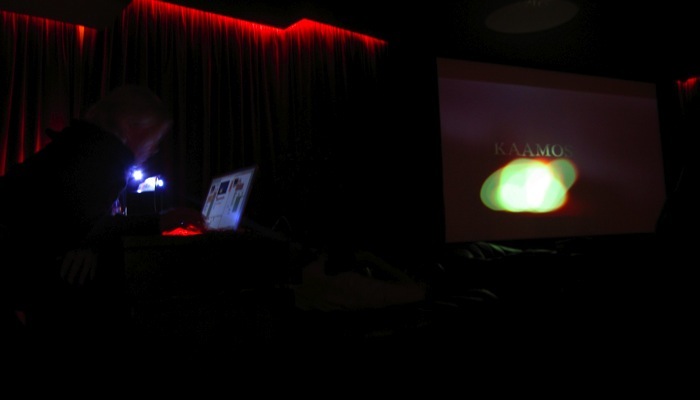 photo shows the end of kaamos. the night went on to a superbly crafted electronica set from point b accompanied by solu in vj mode; b’s sound took me back to tipper and my fuel records days, really good separation of sound, beautiful bass. 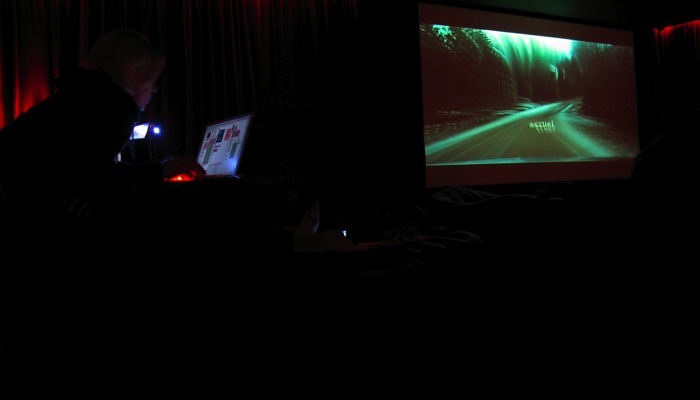 haunting a/v set from solu, even the waitresses were commenting. twenty minutes into the finnish night, it quietly captivates you and really communicates a feeling you couldn’t literally describe. a must-see. 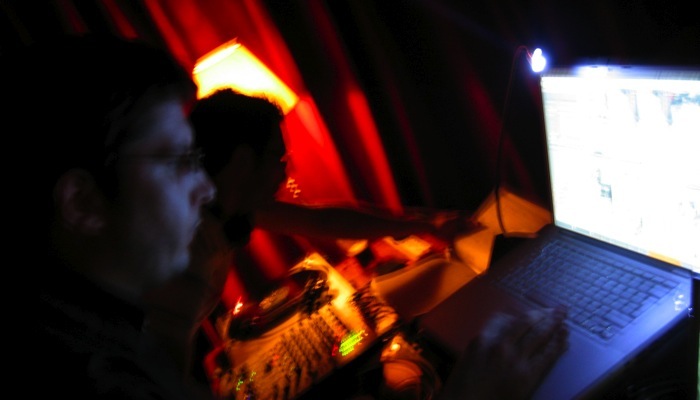 its not the greatest photo, but it captures a moment i’m sure many vjs have wished for: instead of the vj following the dj, here is the dj consulting his notes we’d all worked out to make the show build and flow as one. huzzah! 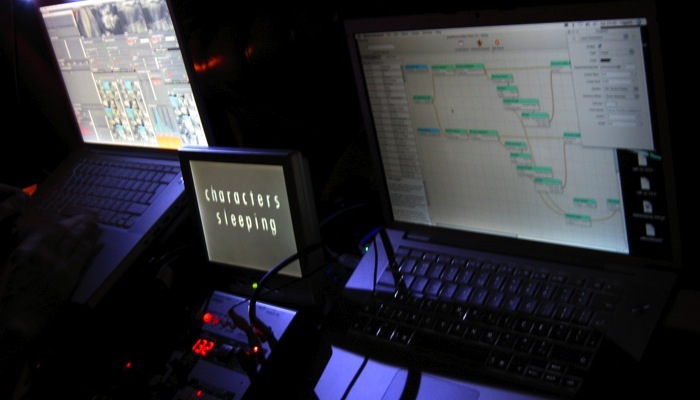 for the nlab remix of people on sunday i made a generative titler, though it didn’t quite work out how i expected as the final patch didn’t want to load in the vj app despite some earlier testing. so vjing for me was largely reduced to changing the section number directly in the qc patch with its output running fullscreen, seen on the preview above. was cool though, seeing the titles drawing together from the bag of words i made from watching the clips: just like you don’t exactly know which way the vjing of the clips is going to go, you don’t know exactly what the titles are going to imply in it… 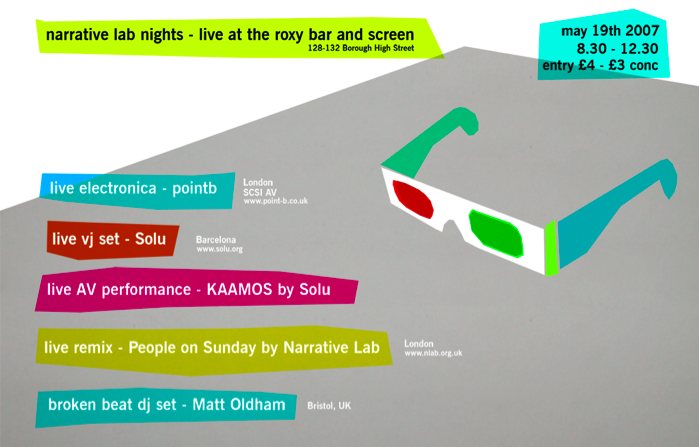 coming up: narrative lab at the roxy

this saturday, the 19th, we’re hosting another narrative lab night at the roxy bar and screen. they’re nice nights, come down.

Point B [Live] and Solu [VJ] www.point-b.co.uk …… www.solu.org
We are delighted to be bringing together two of our favorite artists for a 1hr 30min live performance delivering the finest blend of electronica that bustles with energy and evocative beats from one of Londons Sharpest electronic muisc producers, Point B and the bissfull, sensitive yet glitched out visual explorations of Solu. This is a performance not to be missed, and will be Solu’s first appearance in London.
Live AV Set - KAMMOS by Solu (20 min)
As an additional special treat this month Solu will also be performing her latest audio visual work titled KAMMOS: An intimate journey into the heart of darkness. Kaamos is a finnish term for the darkest period of the year in the north, when the light turns into shades of grey and sun is a rare visitor. Light is the main protagonist of the performance: flashlight, car light, fluorescent light, the cathode ray light of the tv screen, all function as a consolation service for the “night butterflies” flickering endlessly around a light bulb… All images and audio are from Finland.
Narrative Lab and Matthew Oldham: Live remix of “People on Sunday” by the Siodmak Brothers www.nlab.org.uk
The narrative lab will be presenting a re-cut version of this early German film in collaboration with our resident DJ, Matt Oldham, looking to redramatise its fiction for the live screen. A classic silent movie featuring talent that later went onto direct critically acclaimed movies both in Germany and the US. A summer day in Berlin, 1929 sees Berlin empty as a ghost town everyone flees to the countryside to while away their sunday. In an unchained fashion the camera watches upon all their activities. 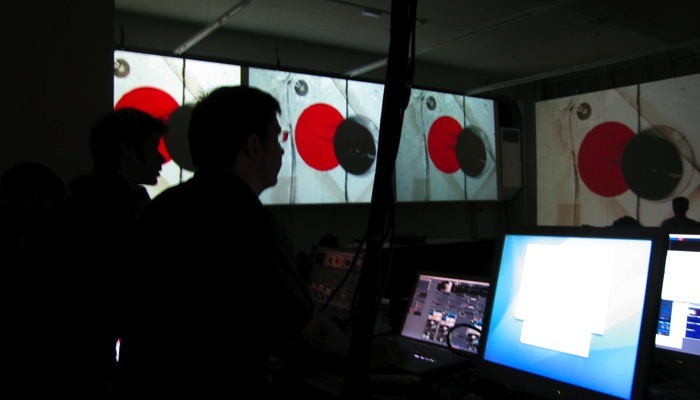 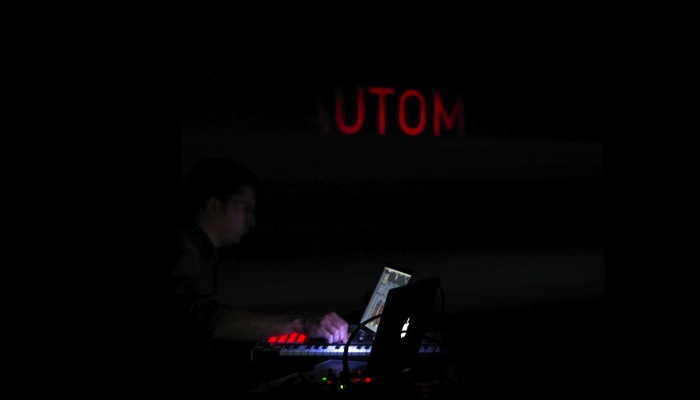 back to geneva for the mapping festival. a narrative lab performance a night for the first four days, opening with the premiere of autometa by paul mumford aka visualnaut. suffice to say, been avidly waiting to see this emerge from its year+ of production, and it didn’t disappoint. totally captivated for its hour run, like watching a film… but not a film. awesome. 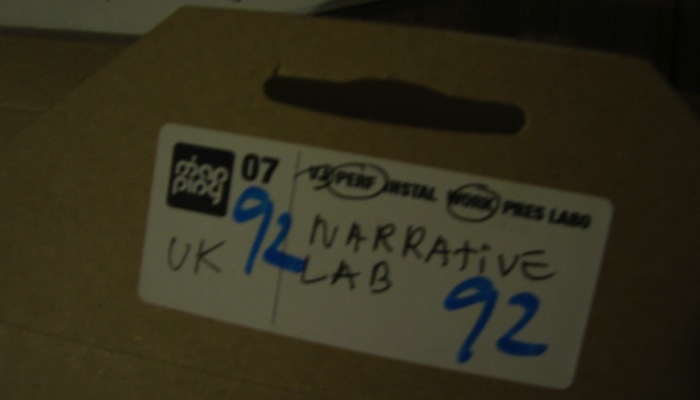 huzzah. the narrative lab proposal for the mapping festival has been accepted, and i was even in geneva at the time so had dinner with boris and ilan. there’ll be three narrative led vj sets and two big talks by us, so i’ll be performing ‘rbn_esc’ as the vj film example to my presentation on ‘live cinema and vjing’. 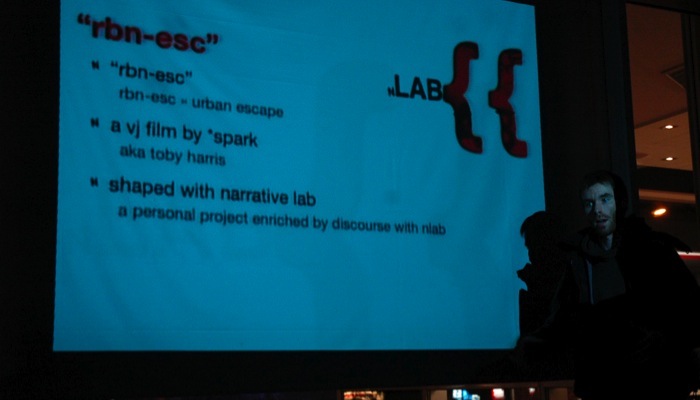 first chance to speak with falk of the live cinema blog since his summer superproduction followed by autumn of declaring the tools just not ready. so the piece wasn’t performed, but we did hear a run through of his thesis. how i would love to take that to hollywood to see the culture clash. followed that with a quick talk on my piece rbn_esc, and some of the ideas and processes behind it. and then the first performance with new toys, ableton and vdmx running on the same machine… 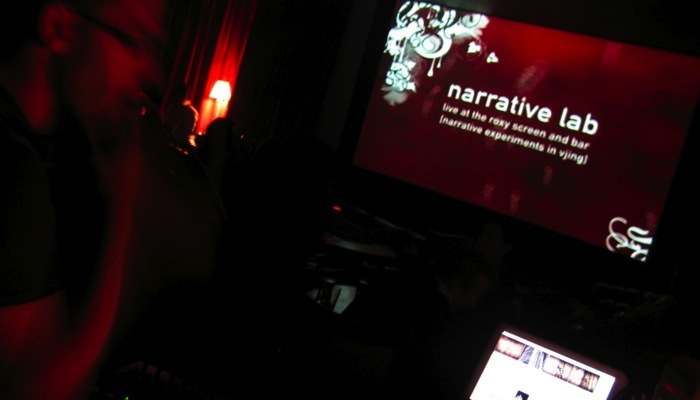 the narrative lab nights at roxy bar and screen are going well, in the time since the first one we’ve had some excellent feedback and with this one we knew we were in safe hands with name - they’ve been hosting lumen vj/bar nights in newcastle for years now. shame their beautiful narrative piece (meditation?) ‘privy’ is kinda too subtle for a packed bar, but worth it to see it again. watch this space for the next, hopefully coming early in the new year. 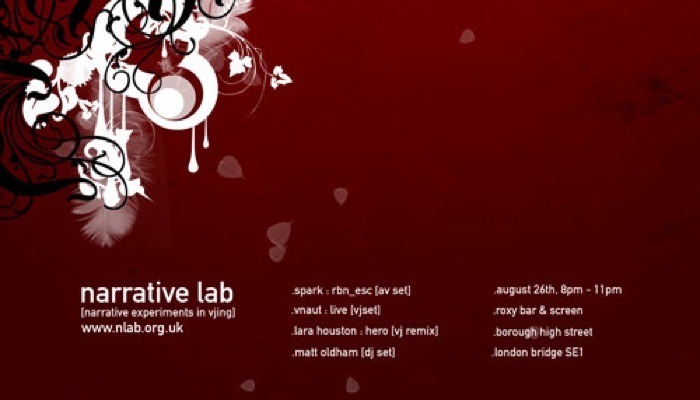 a rare london gig from me, and it should be a nice one: a curated programme of live cinema / vj works in a comfy bar that has shared some genes with a restaurant and cinema. i’ll be performing the audiovisual version of my ‘rbn_esc’ piece, and the night has been put together by paul, lara and myself as a showcase of some of the work we’ve been doing as the ‘narrative lab’ project.

we’ve been waiting a long time to find the right venue to do something like this, and the roxy is looking good so far - be good to see one and all down there. starts at 8pm, no cover charge, fingers crossed. 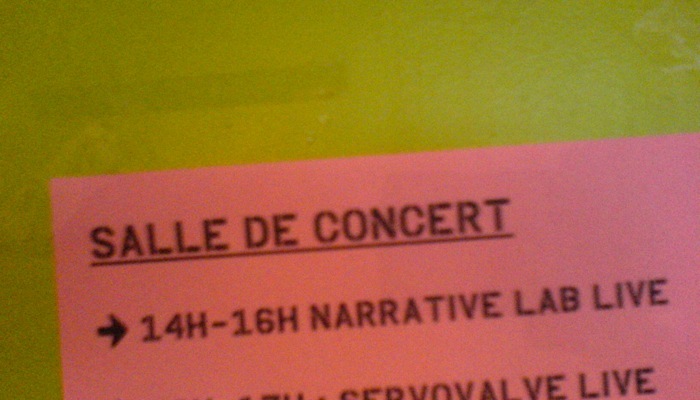 probably performed one of my best sets ever at avit paris, representing narrative lab. sometimes things are just right, and you find yourself in a beautiful bubble. not only did the ‘story collector’ set really capture the audience - props to paul for the vision and david last for the audio mix i used - but it seems a lot of vjs watching it stayed for the presentation and have been inspired by the ideas we’re developing. 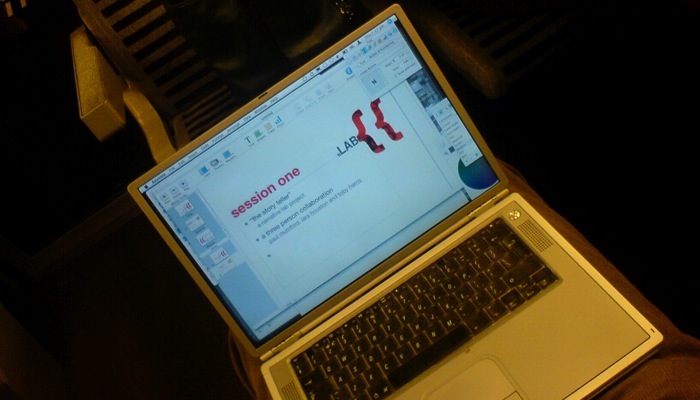 …that i seem to get most work done on trains? anyway, eurostar all good. i hate airports. out the house, on the tube, onto eurostar, a la metro et voila. makes paris probably easier than newcastle, where i’ll be in a few weeks performing the audiovisual premiere of rbn_esc. this narrative lab presentation will be online soon, for you budding vj theorists.