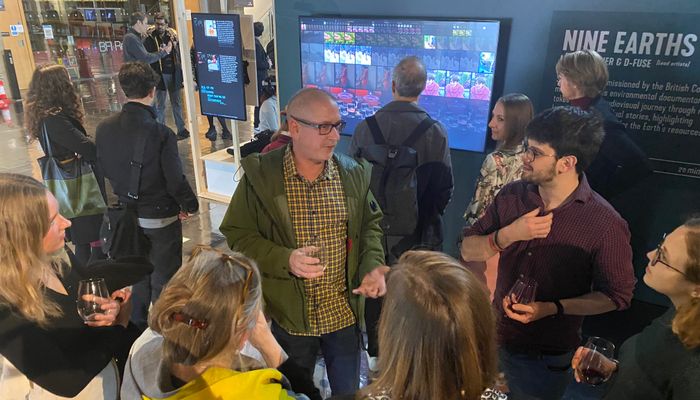 plans change. nine earths was called a film so many times by so many people, that the original call and proposal fell by the wayside: it became a short film, mike’s after effects pre-vis reworked into a final piece.

and so: it’s shown at COP26, with mike representing what’s ended up taking most of his year. but before that, a launch at the BFI. in-person! again, a first post-lockdown-new-normal mindset event for many. good to see faces from scenes gone by, the call of ‘expanded cinema’ once more heard.

Nine Earths is a unique environmental documentary that explores the relationship between everyday events and humanity’s excessive demand for the Earth’s resources. The project has engaged nearly a hundred collaborators to create a mosaic of day-to-day life, using footage shot by international collaborators. The project looks into the relationships between consumption levels of countries and individuals, cultural differences and similarities, and how we are all inextricably connected.