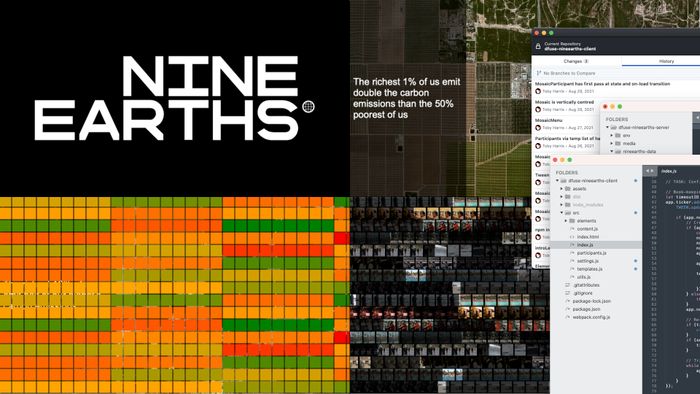 d-fuse won a british council call to create an artwork to be part of the cop26 climate change conference. the idea was to create a piece on consumption built out of user-generated content from around the world. working with partners around the world, we’d take a cutural probe approach, and frame it all through the idea of consumption rates vs. what the earth can sustain, as exemplified by earth overshoot day. in a time of covid, this all could be remote, and it be presented online.

and so: a first draft of what that might take. a server app to ingest the media, and a client web app that can animate the title card, go through an introduction, and then display a mosaic of the submitted content, indefinitely. far from a refined design or the full content in mike’s increasingly elaborate after-effects pre-vis / guide, but an end-to-end something.