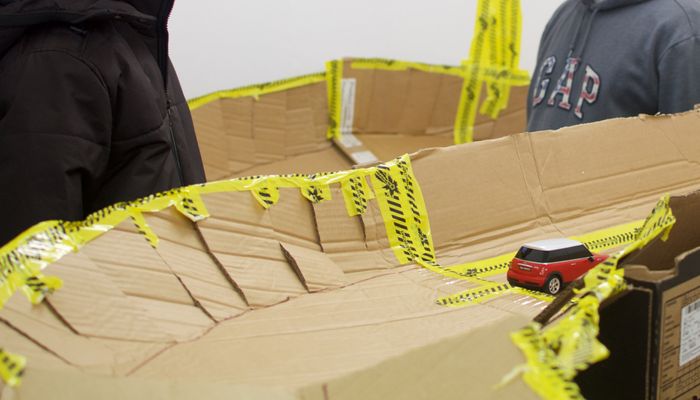 to watchet, for the first of my two workshops getting teenagers to do creative-tech stuff. twee for me, but west somerset has the lowest social mobility in the whole of the UK and watchet is the most deprived ward in the district. so kinda serious.

the brief was gaming, and one idea led to wipeout-with-cardboard. one shipping container, two dirt-cheap radio-controlled cars and a village’s worth of post-christmas cardboard later, we had a track. admittedly more cardboard than tech at the moment, but this route is surely more engaging than coding 101.

aaaand… wipeout? i challenge anyone to find a better cultural artefact from 1996 than the opening sequence of wipeout 2097: the designers republic, future sound of london, it’s a coming together of all the arts.