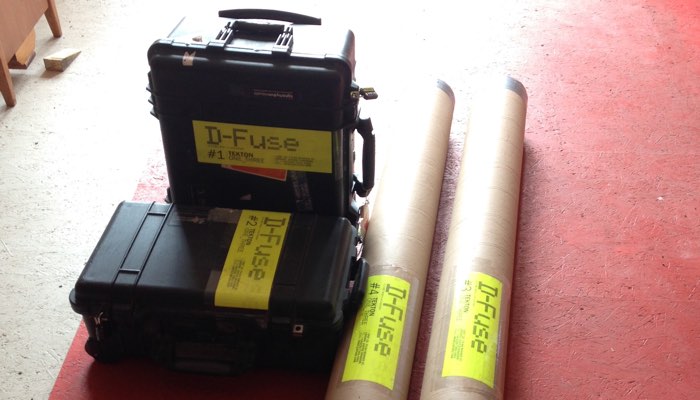 designed to be both possible and affordable to ship, the time has come to leave south london makerspace to make its way to exhibition in the US.

of course, there was a whole lot of pain before it so neatly packed up… 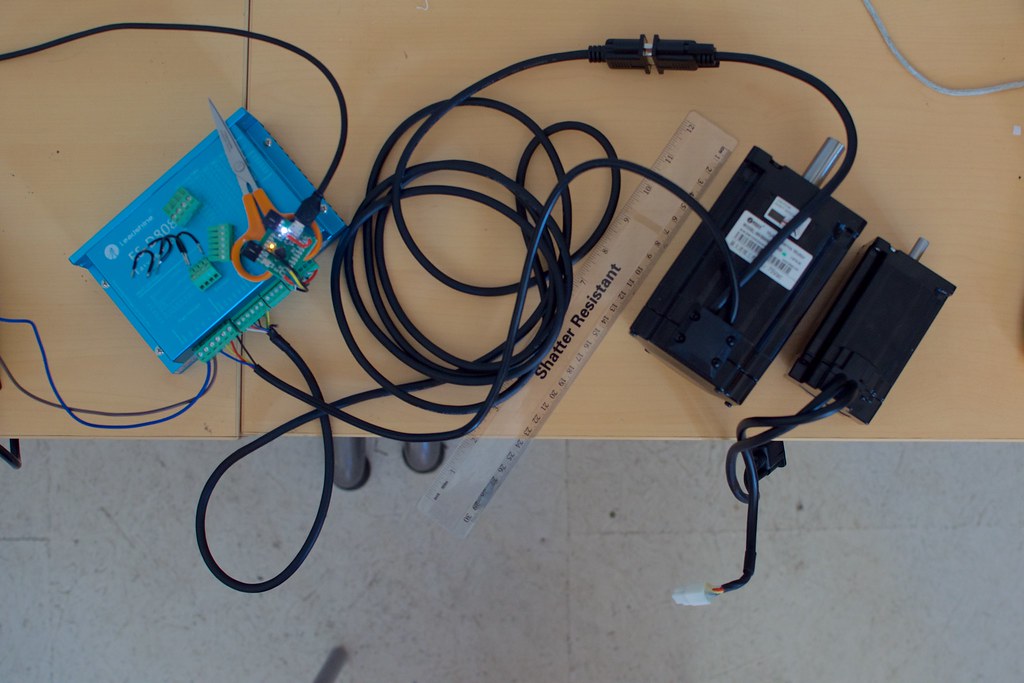 day before one of the new motors arrives. not the best timing, i’d admit. this would have happened at least a week earlier, but it was hard to verify the suitability of the motor while the motor control wasn’t reliable. we seemed to be at the edge of the 3nm’s ability: it could do that sinusoidal cycle video’d above, but that took a few iterations of settings and was slow and only travelling half the range. the 3nm choice was made by calculation and looking at the torque curves, and reassured by having same shaft size as pulley it mates with… but this was out, an 8nm was in. 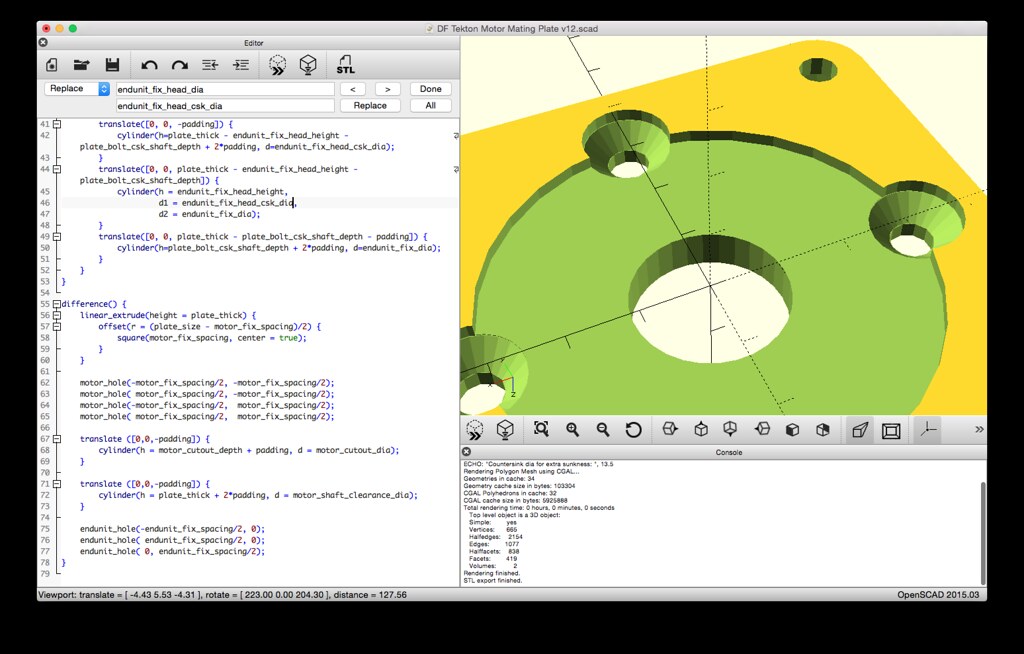 and with a new motor, new mounting issues. things are painful for a while. here’s the motor mating plate that never happened, as after various false starts guaranteed-good bested over-engineered and we used the item 50nm coupling and assembly, with some machining from gary at zapp automation. 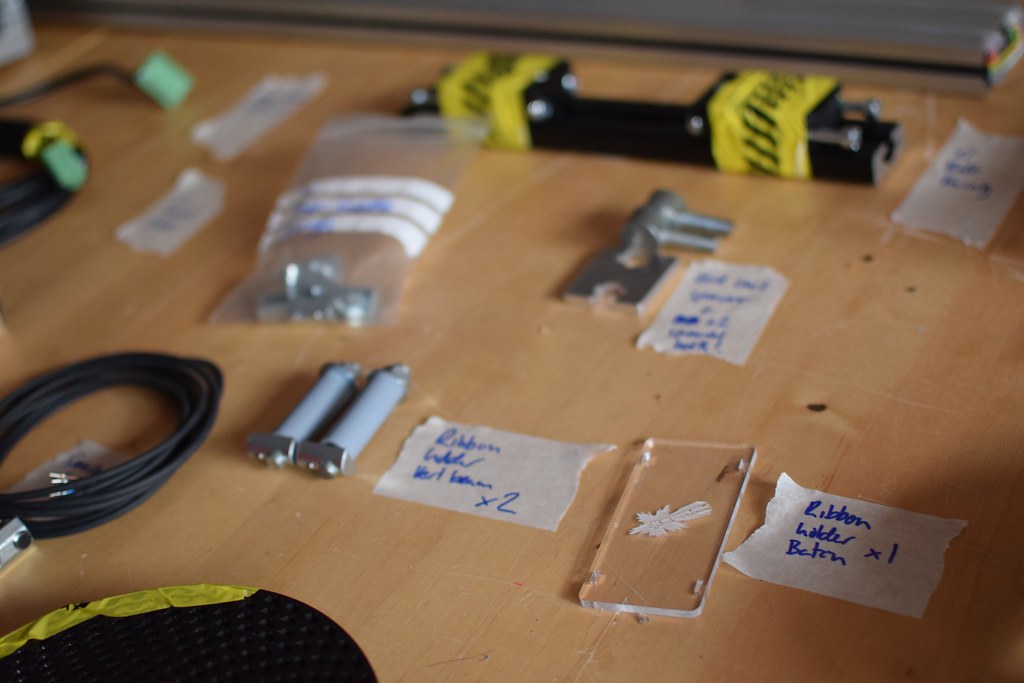 nonetheless, the machine needs to ship to the gallery in the us, and so it’s disassembled and packs down into two 2.5m long tubes and two peli cases. pretty compact, and standard sizes for ups / fedex / etc.

thanks to trotec for the laser cutter at south london makerspace: that perfectly sized and zip-tie slotted clear piece of perspex replaces a bit of wood i had to hand as i first mounted the ribbon cable. in-situ, it completes my favourite bit of the whole machine 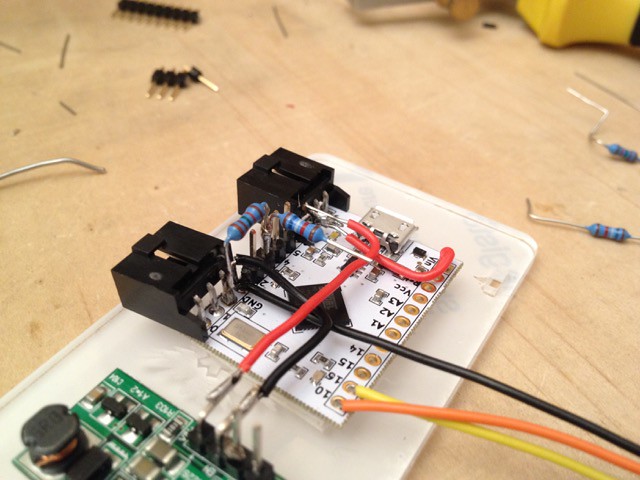 aside from the ongoing motor issues, the last thing to be done in london was upgrading the test arduino used to drive the motors to two production units, complete with 12v boost circuitry to run the induction sensor used to detect the half-way point of the belt. thanks to artists & engineers who made these white custom arduinos available to us.