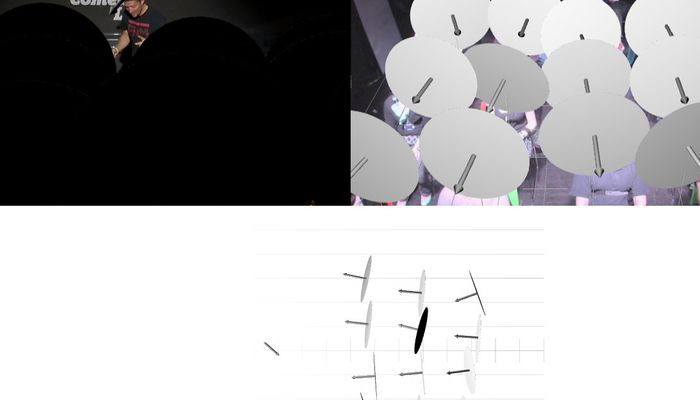 happy few days bringing-up a visualiser app for my PhD. integrating the different data sources of my live performance experiment had brought up some quirks that didn’t seem right. i needed to be confident that everything was actually in sync and spatially correct, and, well, it got the point where i decided to damn well visualise the whole thing.

i hoped to find a nice python framework to do this in, which would neatly extend the python work already doing most of the processing on the raw data. however i didn’t find anything that could easily combine video with a 3D scene. but i do know how to write native mac apps, and there’s a new 3D scene framework there called SceneKit…

so behold Comedy Lab Dataset Viewer. it’s not finished, but it lives!