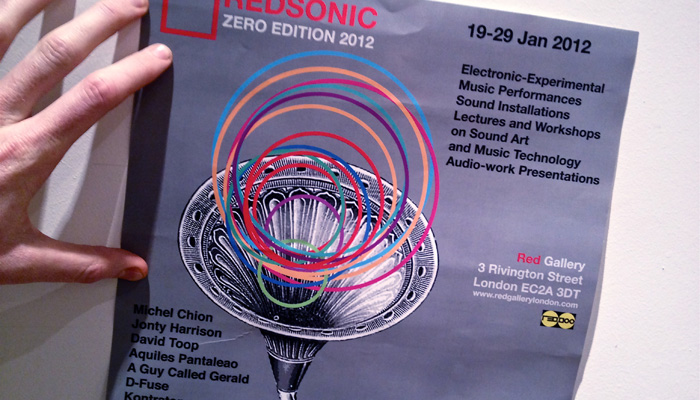 warmed-up from the apple store gig, its down into a concrete bunker for two d-fuse sets at the redsonic festival. small, intimate and stuffed with 50 speakers in a surround sound dream, its quite the gig. matthias rocks out, his musique concrète scores now chasms of sound; latitude is the immersive drift that totally captured the audience, the trip of particle finally is (how else to describe it?/) dancing in abstraction to the music, and mixes to a finale of new work by paul that in drawing the audience back into a breathing-like minimal simplicity had them in the palm of his hand. gasps and whoops: nice!