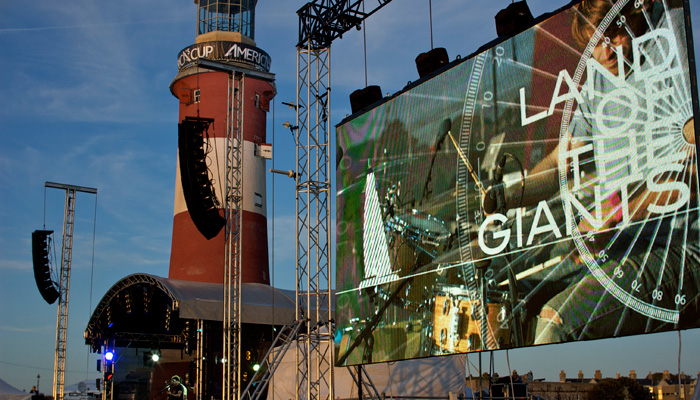 providing visuals from 5pm to 11pm was somewhat daunting given i’d pretty much chucked away all my random-gig vj clips a year or three back, they wanted it all america’s cup themed, and oh: 1080P.

well, nothing like a bit of fear to rise to the challenge: rocked it, aided and abetted by

wish I had got a photo of the big americas-cup cuts glitch mash-up i had going on, but then again, it was all about how it moved with the music.