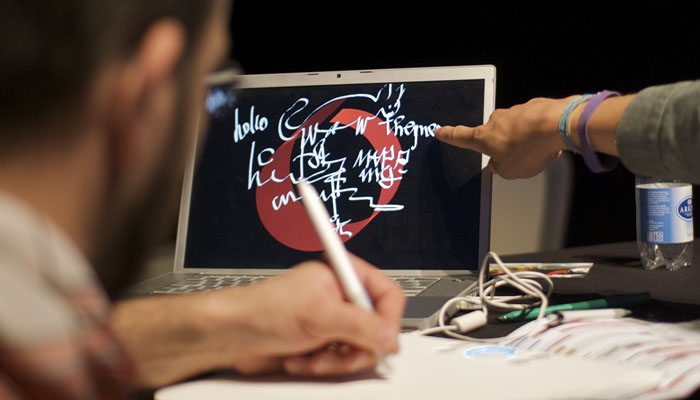 after arriving at this year’s mapping festival and having the plan-the-week meeting with andrew, its the next day and we’re meeting the artists. mapping have curated seemingly a dream-team for us, which really fits the idea we proposed of emphasising the idea of a ‘band’ coming together to tell a story. we’ve always run kinetxt as a longer-form audience-led event/environment, and for this performance we’ve brought it down to 45 minutes and we’re really hoping to somehow create the equivalent of a band performance, but instead of guitars and drums, we have illustrators, a poet, and a backing setup of me, andrew and james of novak, and lots of laptops with lots of custom code and things hanging off them.

and as a footnote, preceeding that meeting with andrew came two tweets from me: “writing lists a week before a performance is always scary” and “realising its much less than a week to the performance: even scarier”