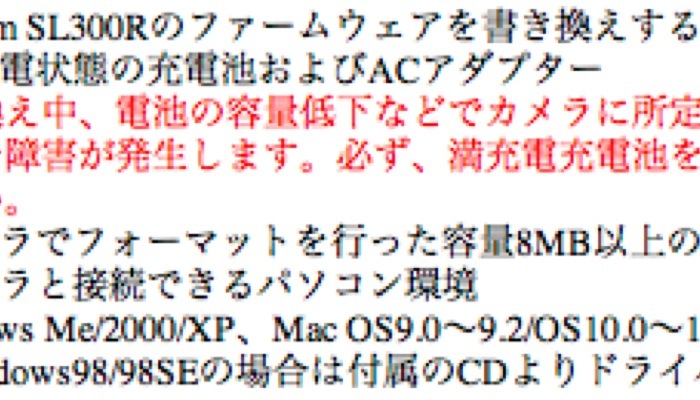 how did i fix my camera? by dropping it on the kitchen floor. i’m curiously outraged yet delighted.

i have a lovely kyocera sl300r, a ninja spy camera from the design gods. then it’s exposure suddenly lost the plot, bright sunny days became near black through its lens. six months later, with the surprisingly capable camera inside my sony ericsson w800i phone holding the fort, i finally trawl the internet thinking there may be a firmware flash for it. deep in a japanese website i find it… load it… flash it… to no effect. a beautiful brick. so, its not software… its got to be hardware. and what can you do with a micro-engineered, sealed product? drop it. i put it in its semi-soft case, and dropped it flat on tiles. and the damn thing was back to normal. six months out of action for want of a drop? i know i didn’t drop it around when it went wrong. don’t believe it. but hurrah!