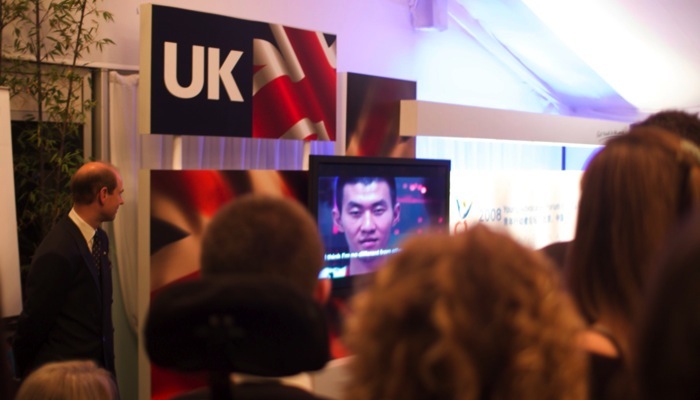 although it meant i had to forgo the celebratory beers-in-the-sun after the showcase, i managed to get the digimedia showcase onto the plasma screens at the reception - so we got to show some work as well as the film that yeast facilitated documenting the whole forum. that film really did the job: well done james. 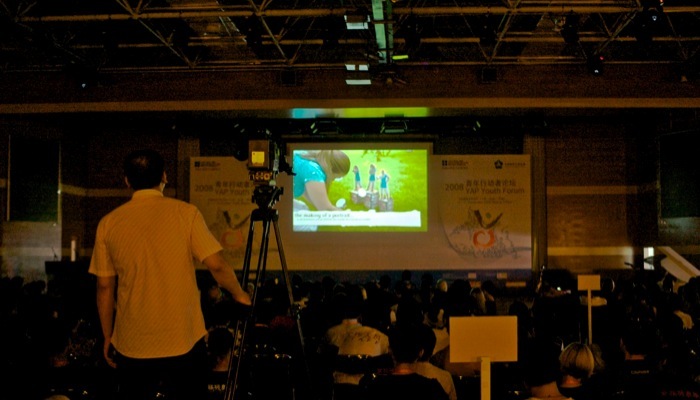 paralympics » 100 slides for the showcase

here’s the presentation in pdf form that was built-up during the workshop, finished by me and shown to all at the final showcase. i’m quite proud of it, and watching your computer turn pin-yin into chinese characters for the first time is pretty cool. 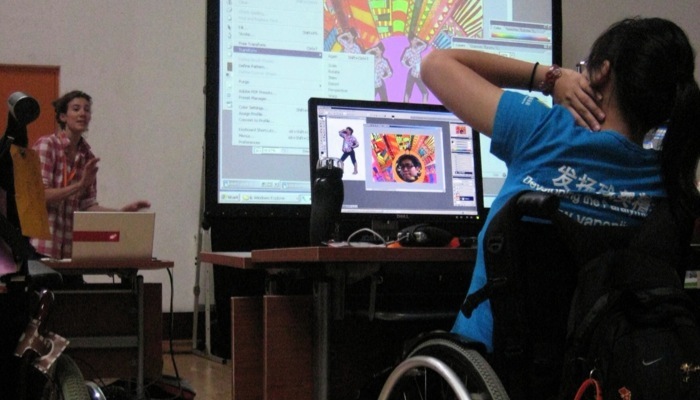 and so it starts. 27 “young advocates” drawn from china, the uk and beyond, of mixed abilities, ranging from learning difficulties to physical impairment, representing those who’ve achived great things in their communities back home to those picked out of special schools… and in some cases all in those in the one person.
yeast culture ran the film making workshop and the digital media workshop, and i was a leader for the latter. in what could have just been a get media-savvy and learn powerpoint thread, we instead delved into the power of the image; communication beyond photos and text. and they learnt photoshop, and when to abandon photoshop in favour of print-outs, scissors and card.
here is kelly during our (ahem) ‘monkey see, monkey do’ afternoon of photoshop tutorials. 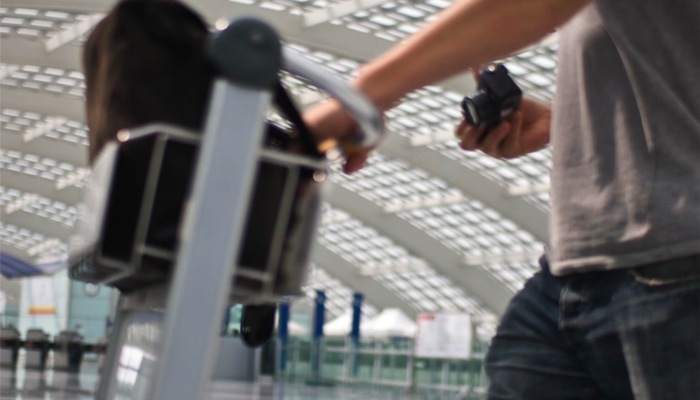 …which is (to oversimplify) a british council project working with young people, hosted as part of the paralympics here in beijing.
young advocates programme: http://www.yaponline.org/index.jsp
yap youth forum in beijing: http://www.yaponline.org/youth-forum.jsp
oh - and just when you’d appreciated the scale of the beijing airport terminal, you take a shuttle train out and under a few more identical and identically sized terminals, eventually walk out into what you think is the outside, just to find yourself in another cavernous hall. scale… scale… 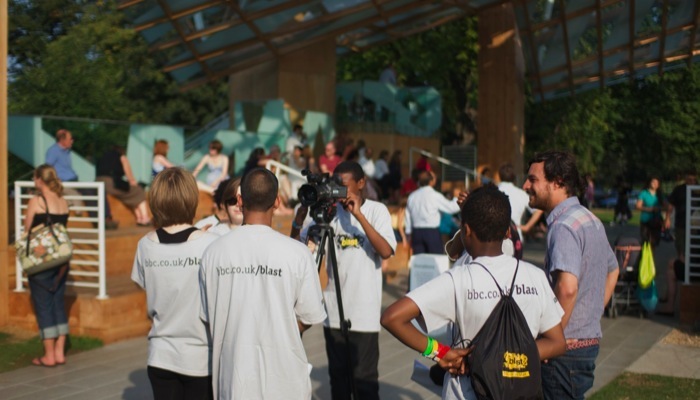 and on performance day, the sun comes out. aaaah. 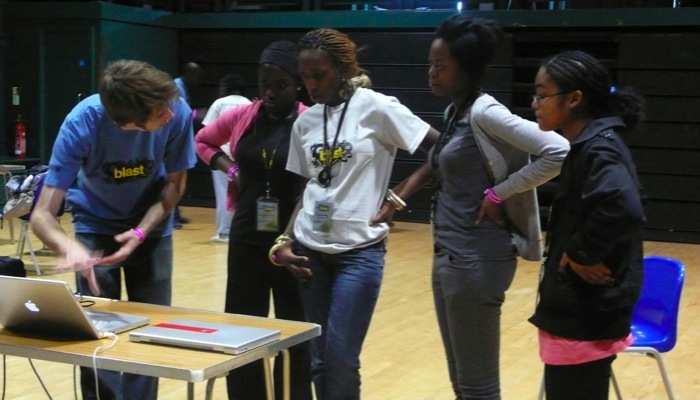 working as part of yeast culture for bbc blast on a two week project for young people that encompassed film, vjing, soundscape, spoken word and dance culminating in a performance at this years summer pavillion at the serpentine gallery. frank gehry, no less.