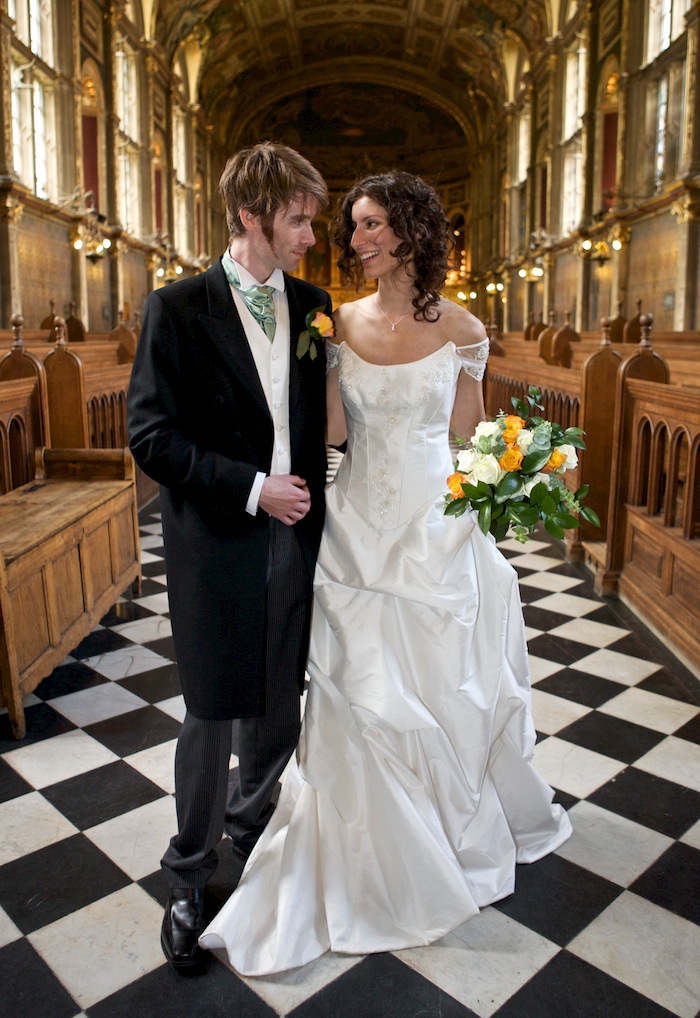 a wonderful day. surprised by just how much. such riches from such a slim budget. so many warm memories, countless thank-yous. 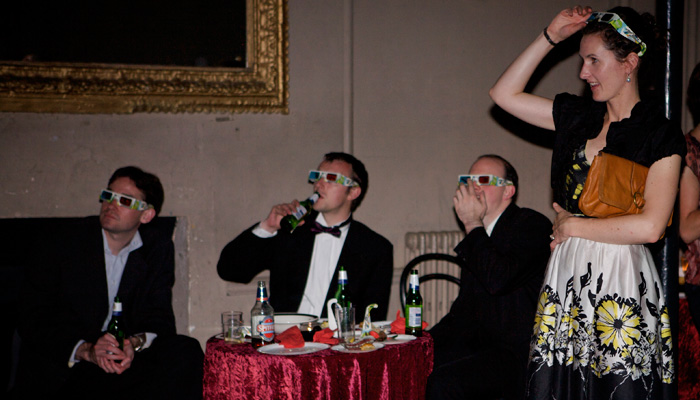 not quite a wedding » anaglyph dressage

to finish back on the people: 3d glasses and period dress, it was too good. 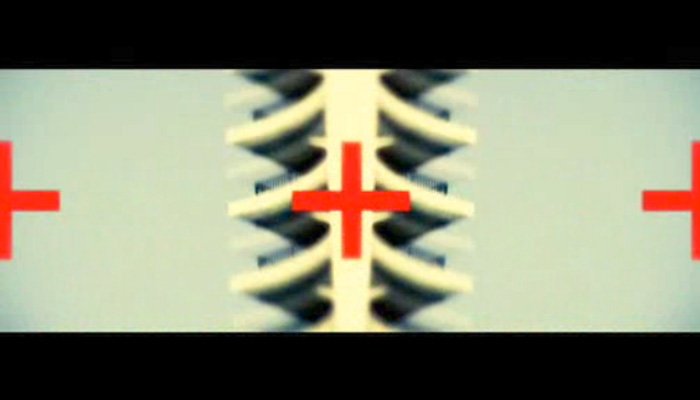 not quite a wedding » sati

another act i’ve long had respect for – and who have also more recently cracked the living off performance ticket with their booked out years in advance children’s a/v odyssey – are sati. perhaps more importantly, one half of which is jesse lucas who fire-walked through the beginning of the ford vj project together with me, saving my skin and sanity in the process. its that kind of experience where long-standing friendships get forged. 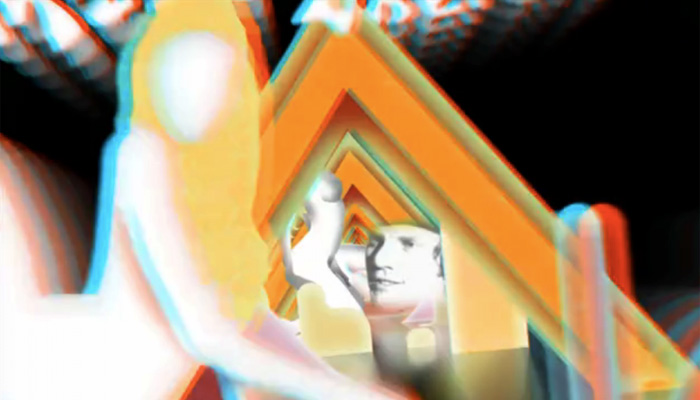 not quite a wedding » 3d disco

sham-wedding silliness over, time for some audio-visual action (well, what else would you expect at a party that I had a hand in…?).

i don’t think there ever was any doubt i’d invite newcastle friends novak along, having sung the praises of their vjs-who’ve-truly-made-it-mainstream-on-their-own-terms 3d disco for years now. but as if it couldn’t get any better, out comes a clockwork orange remix and 3am eternal in their 2011 showreel. out of the six(!) cassette tapes for my walkman i could take for my year volunteering in africa, the wendy carlos moog soundtrack to a clockwork orange was one of them: such scarcity and choice doesn’t register nowadays, but what better commendation.

it’s amazing they could come, half of novak were 3d disco’ing at glastonbury that weekend (along with so many other friends i’d have loved to perform, gah), with andrew and adam doing a show in switzerland the night before. with a little creative re-routing of their journey back, all was good. 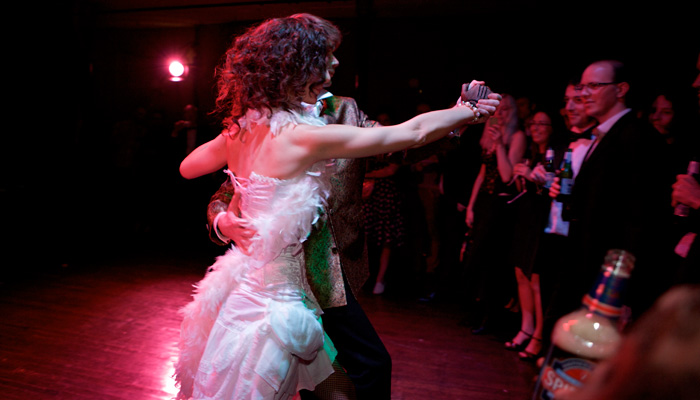 not quite a wedding » tango

there was a point where i thought it was inevitable this was going to be streetdance. thankfully sharp, sexy tango came onto the scene. while attempting anything new in the run-up to a wedding is guaranteed stress upon stress, actually this was a great thing to do: the two of you, in your bodies and away from the weight of ‘wedmin’.

not quite a wedding » the pros

if you’ve got to do a first dance, then might as well do it properly right? massive thanks to claire and robin – here, effortlessly, showing how its done – for getting us up to snuff. watching marion and i mince around never quite as practised as we’d intended is surely a test of any friendship. 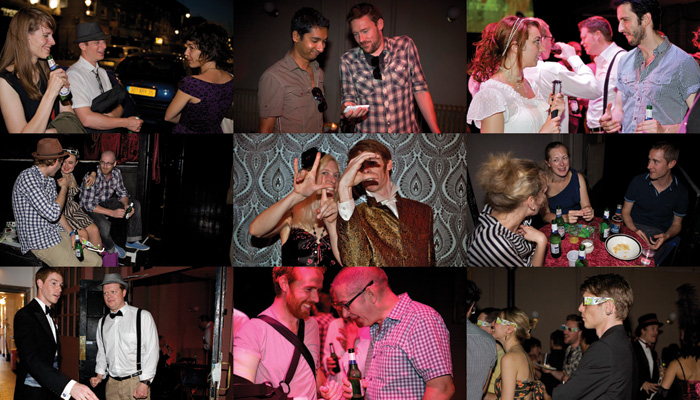 not quite a wedding » friends past and present

no way to capture everybody – and not the occasion for the formal group photo – but so good to make the declaration of life going forward with those whose have been around your life so far. well, actually, that the was the point of doing it all, but still, so good. 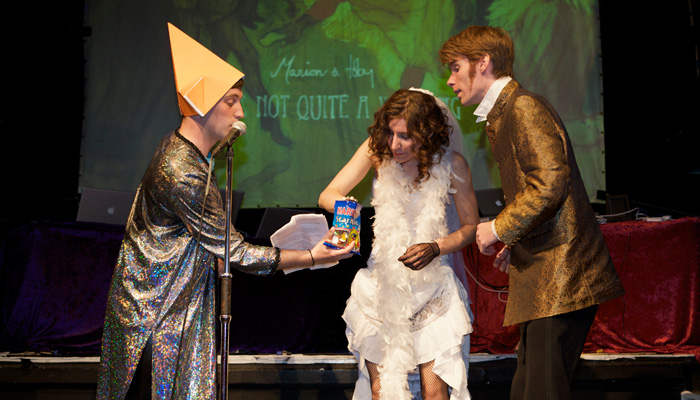 not quite a wedding » rings (haribo), vows (dojo)

there’s a more serious story here about vows, meaning, religion and commitment… but suffice to say when i phoned up keir asking whether he fancied dressing up as a vicar, he said it was the best thing he’d heard all week. and so the rings were haribo, and so the vows were the laws of the chuck norris dojo. which made for vows, in hindsight, a damn sight more acceptable than the starter-for-ten i’d given him let alone stories from our recent ‘marriage counselling’ where the likely responsibilities of life twenty years ahead were outlined… and i’m not talking kids.

performance props also to brother tim for ably playing compère, and louis for spinning the wheels of steel. or more accurately, the app for that. 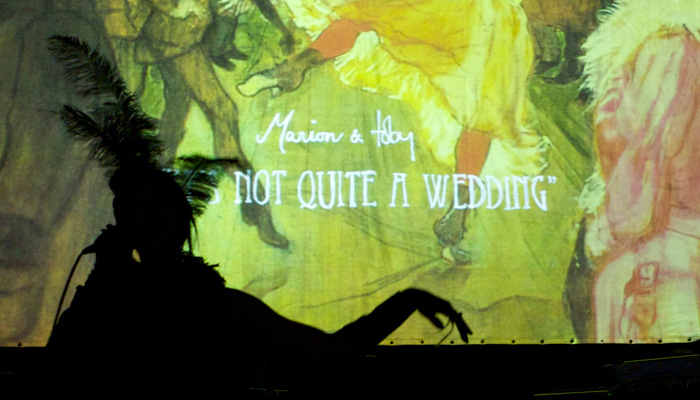 not quite a wedding » music hall

“not quite a wedding?” – we actually got married twice, ‘not quite’ with friends and then formally with family. and so here we are first, at a victorian music hall with drinking to be done and cavorting to entertain. part stag/hen do, part informal counter to the formalities of a chapel service, part party for the friends we couldn’t invite to the service. hoxton hall is a place full of memories for me from almost a decade ago now, and it felt good to be back there surrounded by friends from that decade and way beyond – not to mention the fine lady.

speaking of ladies, pictured is the silhouette of sister-in-law sarah in full diva mode, deserving of much praise for this and much, much more. 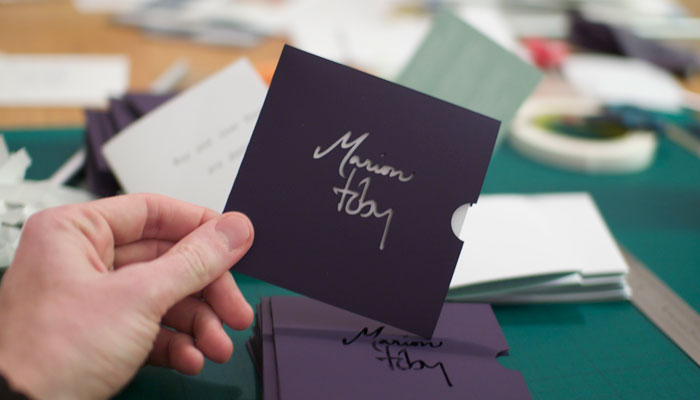 having proposed, turns out there’s actually this follow-through thing called a wedding. as the asker of the original question, it seems almost odd to do something else: thats where the life changing moment is, not just in the answer but in the decisions leading up to that moment. of course – and this is my interpretation – a wedding isn’t about you two, it’s about contextualising that within a community, making the announcement and saying this is (all/) us, from hereon in.

and so, finally, a date has been settled, venues arranged, lists made. more importantly: the first true joint project, the invites! totally happy about how they came out, and so much the better for the joint creative effort and them coming from our own hands[1][2].