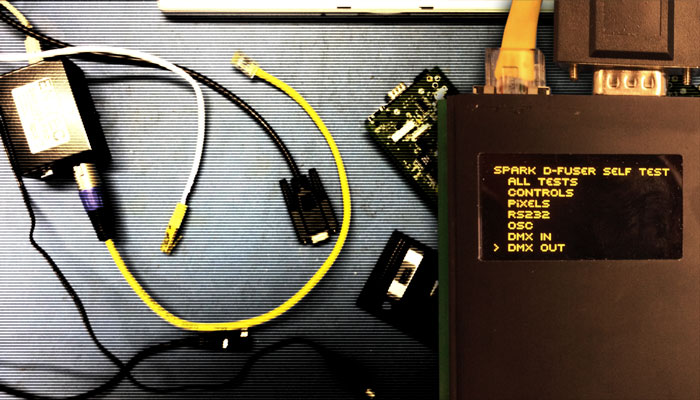 the assembled PCBs and manufactured cases passed the physical fit test, but thats moot if the damn things don’t actually work: the real business of being at the factory was to finalise the test spec. finish up a self-test firmware, supply a pc with rs232, open sound control, dmx and a processing sketch to tie the different comms together, and spend the rest of the day detailing up the test procedure document, as pedantic a document as something can be. 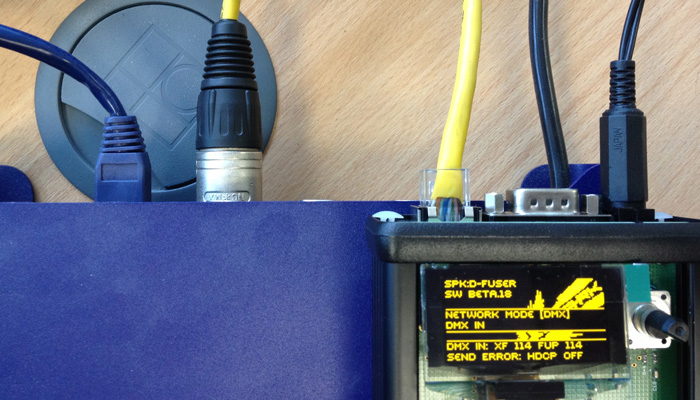 file under ‘so glad this worked first time, because if it hadn’t i wouldn’t have known where to start’.

as alluded to in the last mixer dev post, the ethernet jack wasn’t just an ethernet jack any more. my first pcb design had the ethernet jack as a ‘magjack’, which has the electrical isolation to protect the circuit from rogue cabling within the jack and was simply a case of leading the signals from the mbed to the jack. however, all the magjacks i could find could not in the end fit within the final tolerances of pcb position and case height, so i had to move to using a discrete isolation chip and a low-profile RJ45 socket. and at that point, the now plain RJ45 socket was suitable for direct connection of DMX - there’s a standard RJ45 pin mapping as well as the XLR type normally seen. so version two of the pcb, in addition to the physical fit issues, had two subcircuits for ethernet and RS485 leading to the socket, carefully electrically isolated and switched.

however, the assember did a snafu and a wrong part was fitted to power the RS485 subcircuit, and it blew on my attaching power. the advantage of it being a subcircuit is that it didn’t take anything down with it, so with an otherwise operational board, the DMX side was sidelined. some months later now the reworking has finally been done, so i made up some RJ45-XLR DMX patch cables, linked in a contributed DMX library from the mbed repository, worked it into the controller’s code, borrowed some DMX gateway hardware… and it just worked! fabulous. 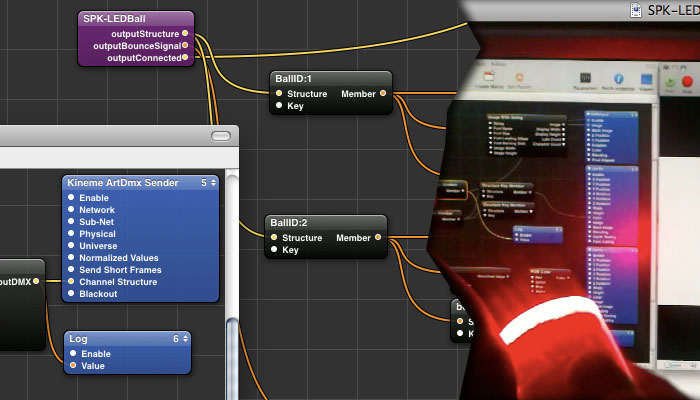 happiness is twelve hex bytes, generated by a pocketable custom LED fixture on detecting a bounce, transmitting that via xBee, receiving into the computer via RS232, being parsed correctly, outputting into a QC comp, doing a dance, and commanding back to the fixtures via Artnet via DMX via xBee. 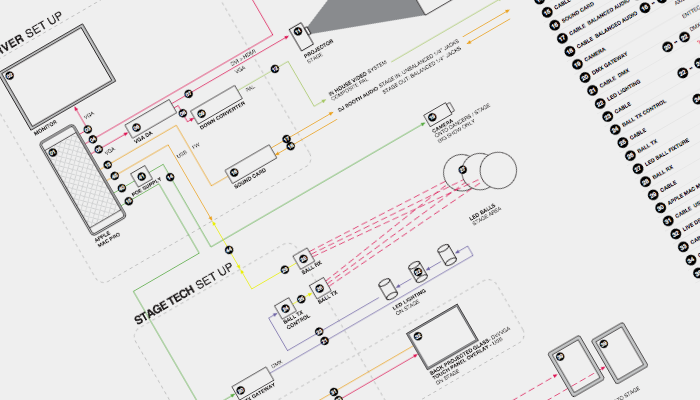 100 gigs on a system diagram

the iPad-screens interaction isn’t even half of it, though. the project is to be a roadshow travelling through china, a modular setup of stage and staging reaching out into the club. two ‘hero’ videos with dance choreography and interactive props (hello LED balls/), a video feedback piece, a live drawing piece, the backbone of the evening as the iPad interaction and audio-reactive graphics, all feeding out onto the mains screen, duplicated onto any in-house video system each venue might have, with LED sticks extending the video canvas out from the stage and video controlled stage lighting effects.

…it makes for a nice diagram. 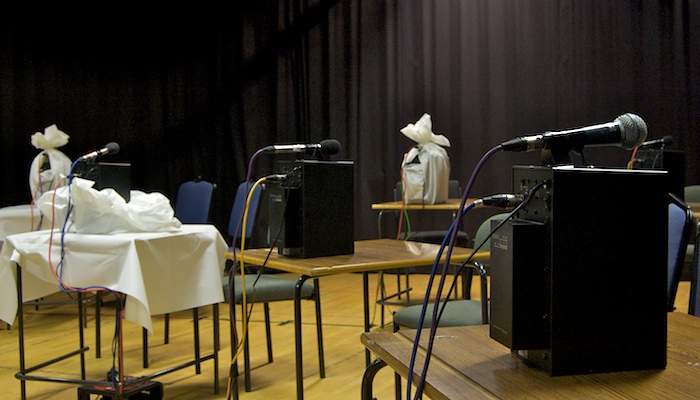 mat » instrumenting audiences - ...and the magic behind it

and mid-stripdown here are the audience tables, each one microphon and speaker’d up. these all turned into a lot of wires, a big multi-channel sound card, and a heroic max patch made by henrik. not a trivial task conceptually, making audience audio feed back - as in, bounce around, echo, etc. - without actually feeding back - as in, screeeeeeeeeeeeeeeeech!. 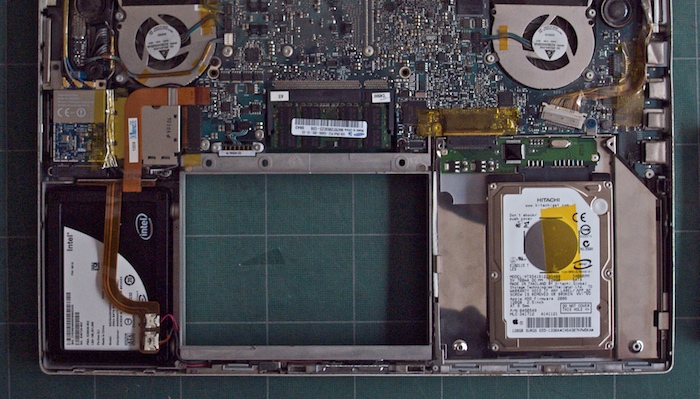 lost the dvd drive, moved the hard disk into its place, and installed a super-fast solid state drive in the original’s slot. as philikon says, “you can have your cake and eat it, too. warp drive and good old V8 muscle.”… this not only makes the system “biblically fast”, but now means i can pull multiple high-def streams for vjing without the laptop breaking a sweat. more than that, with genuinely instant random access, i should be able to scratch, stutter, trigger to my hearts content. so… time to play! 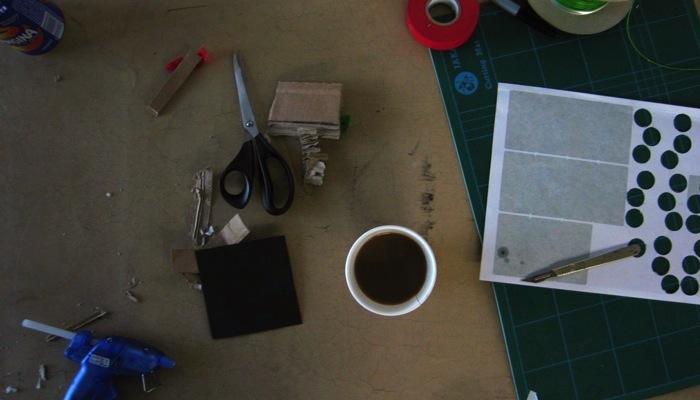 stepping out of character, no oyster card surveillance subversion for us. instead, a trip to the fun fair for the group i was in. we made dr dimaglio a dice maestro, betting punters on the classic game of chance. except that dr dimaglio being inside the computer, he needs you to throw for him, and he can see inside the shaker due to each side of the dice having an embedded rfid tag… suffice to say, he isn’t quite sure your throw was quite vigourous enough until he’s confident of winning. 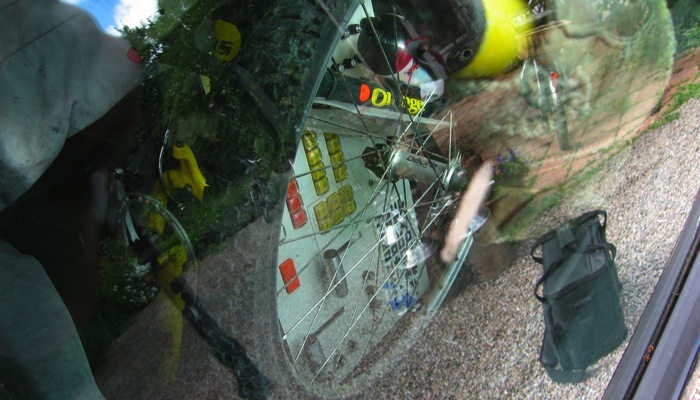 sheep music » whats that in the car

new übercool project courtesy of sheep music’s archive of visuals equipment: grass valley controller to be turned into a midi/usb interface. so thats the buttons and lamps of high-end 80’s broadcast tech (not to mention the death star itself) but attached to the current state of the art in the form of a laptop with vdmx rather than its crate of obsolete analogue electronics. best of all, the connector isn’t some serial device we’d need to decode, its just an array of all the switches contacts etc, perfect for plugging straight into diy controller electronics like arduino or midibox. 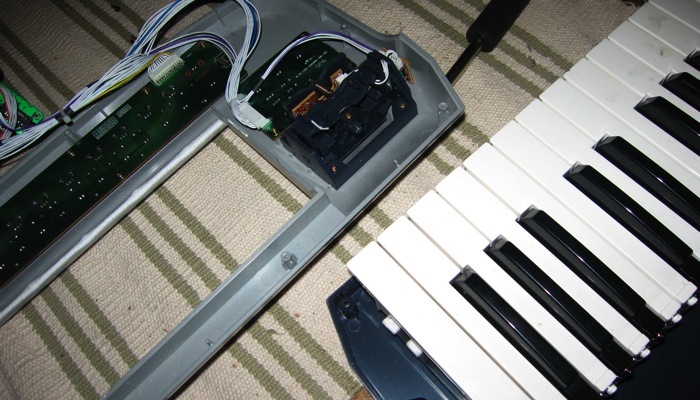 it turns out that after a year, all the keys on an edirol pcr-30 will just stop working. just like mine did. mixed reports about getting them back, oxidising contacts type rubbish. so i thought i’d see if i could extract the useful knob-and-sliders bit and shoehorn them into some improvised box. file under: in progress