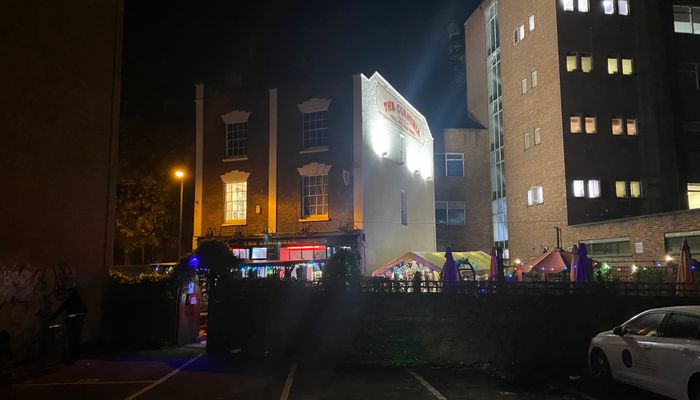 i took the bristol pay unveil a prompt to meet a wise friend and go to a pub. which could be its own kind of sustainability, given we’re both parents with kids. 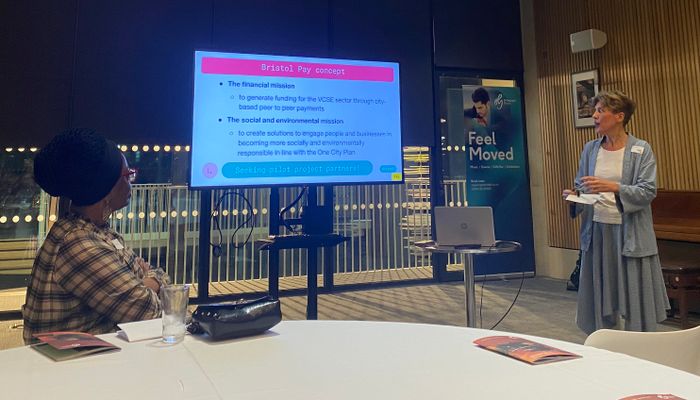 the graphic design of the brixton pound was a highlight of living there. so having moved to bristol, someone approaching me about generative graphics for something bristol-pound-ish found me pretty receptive –

I was talking to someone a few weeks back, and he said he felt what we were doing was more like a digital art project than a social or environmental project.
I’m imagining working with digital artist who can create code to read token data and to turn that data into graphics. For example, one set of tokens is likely to be called ‘Thanx’ – they basically mark each time a favour is done. Each Thanx might have an attribute that people select or type when giving someone a Thanx – like ‘shopping’, ‘cup of tea’, ‘babysitting’, ‘gardening’. The basic Thanx graphic might be visualised as, say, a helping hand, and different designs, postures and colours of hands might show the types of favour done – the result is an ever changing graphic – perhaps on screen installations at various points in the city and on key city websites – recognising and celebrating the favours that are being done in real time. Meanwhile, on the main website, people could play with time frames or focus on specific types of favour to create unique pictures. Clearly the council will more keen to understand the value of the social capital and connections in numeric terms that are easier to monitor over time – that’s pretty easy to do with tokens. But I don’t think numbers generally engage people as much as graphics. And a graphic that is constantly growing in complexity and balance of colours and forms could be a great way to get visibility and engage people.
— Diana Finch

already receptive, the rationale behind it sealed the deal: digitally facilitating a positive feedback loop of good actions. akin to what i’ve been trying to do through events (e.g. change nation, engaging audiences), but embedded in life across a city.

also key for me, was that the tokens are to have no intrinsic value. there are many important aspects to this, perhaps most directly “engage people and businesses in different ways of perceiving value, outside the very limited dynamic of money, encompassing social and environmental capital rather than financial capital”, per diana. more subtly, they serve to open up further possibility, rather than close down a past act by accounting for it. think of scribbling a note in a meeting - we’d make no claim it holds the full meaning of what was in the air at that moment, but serves as ‘a way back in’ for our later efforts. building an infrastructure around that is the premise of the event work, and i see the same here: the tokens being prompts for reflection and an ongoing dialogue. and we can build something around that to engender action.

that approach happened months ago, since that point there’s been a workshop, “spicy metadata” has become a talking point, and a studio has laid out a bare bones app. all to get to this point: an unveil of ‘bristol pay’. which, forget my route in and personal foibles above, could redirect £millions from transaction fees to local communities. it’s a hell of a foundation to build your post-money utopia upon.