Utter brilliance: finally, our friend toby*spark has documented live cinema and visualism with a medium that reflects the concept. Music and video are presented as frames within frames, manipulated and placed interactively. It’s part fiction and illusion, of course, but that won’t stop you from dreaming as you watch of interactive audiovisual software that did behave fluidly. I could say more, but just watch it. The video says it all.
– createdigitalmotion.com

An “experimental documentary about a contemporary arts practice” made as part of my first year on the Media and Arts Technology doctoral training programme at Queen Mary, University of London. Having chosen Live Cinema as my practice - how could I choose anything else - the challenge of the film was to represent a form that is overtly broken out of a pre-determined, linear, framed format in a format that is.

I initially planned a fairly straight-and-structured documentary, chaptered Oral Storytelling > Cinema of the Imagination > Expanded Cinema / Soft Cinema > Cinema and Performance > and so on. Not wanting to make an hours worth of TV, and with Lara going “process! process! process!”, the happy moment was suddenly wondering why the hell I wasn’t doing a =ff=: a gonzo journey around London meeting my practitioner peers that transforms itself into a live cinema performance.

The film that did get made was one that, I hope, walks a line between a novel narrative device - the live cinema interface i’ve been scratching away at for years - and showing the potential of the form with a minimum of words and a maximum of the works themselves. The film is a visualisation of the interface of a *spark cinema instrument/machine if somebody were to come up and start exploring it.

Its been a slog, I’ve tackled this one solo instead of as a pair as intended by the course, and made an manhours-doubling graphics/animation job for myself on top of the edit, so there is still work I’d like to do to truly deliver on the concept, but as I hit the deadline I think it, at v06, holds together. The big omission is a setting-shot of the interface in-situ with the person walking up to it, or perhaps having this as the pay-off at the end. That will take some organisation at the next impressive multiscreen gig!

I hope to make this an on-going project, featuring more artists and works, and I want to explore more the double layer of information coupled with editor’s thought process on top of the actual film as output this narrative device can deliver. The end section should really illustrate the wealth of interview statements I have and how that is boiled down into the edit with downloading, cutting and looping of the performance’s documentation, with a reprise of the montage-on-a-beat BPM lead interface the doc opens with. And while we’re here, there’s a good day or so for me to spend with an audio-head massaging the sound. I really would welcome feedback on what should be worked on to lift up, or ideas for development. A documentary that writes the Wikipedia page on Live Cinema… mmm…!

The words and works in order are:

Thanks to the film department at Queen Mary for being great, both with the brief and how it was delivered.
Filming thanks to D-Fuse for use of the 1080P Sony EX3 camera and Sarah Matthews for assistance that day and interested-outsider perspective beyond that.

As the film is screen graphics based, and I can’t escape designing thin white lines on black, its best viewed at the full 720P uploaded to vimeo rather than the embed below. Click through the vimeo link here or in the embed. 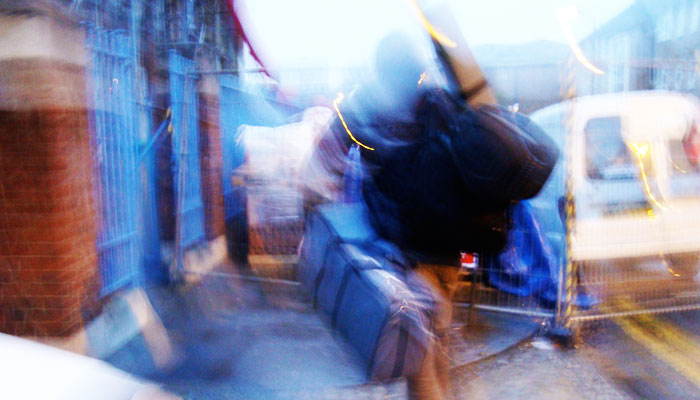 my phd has this first year not doing phd stuff. which isn’t all bad: i have to make an “experimental documentary about a contemporary arts practice” to hone my media production skills. i think the brief was “make sure they know how to use a camera”, props to the film department at queen mary for challenging us with something a bit more interesting.

so here i am, mike’s EX3 in hand, spending a day or so running round london on a slightly gonzo mission to talk about live cinema with my practitioner peers. big thanks to chris, mike and paul for the interviews and sarah for the assistance and interested-outsider perspective. and this photo. 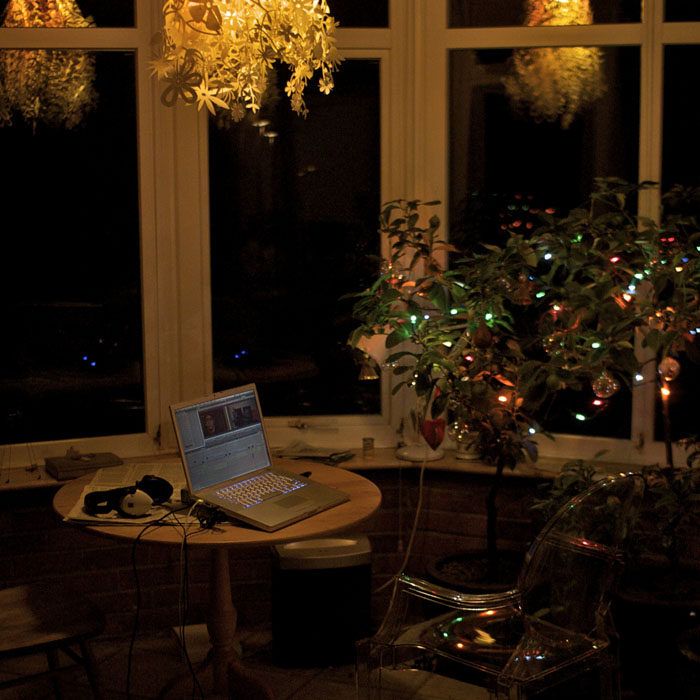 such seems my life: christmas day means a largely clear day to crack some of the live cinema documentary. not quite the idea! 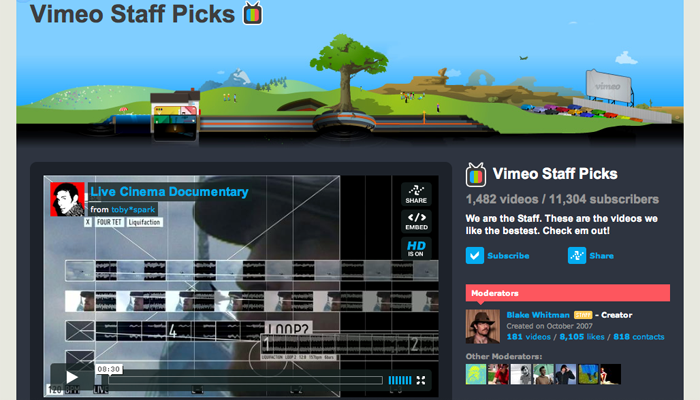 CDM, the blog about VJing and beyond that seems to have the best signal to noise ratio, has just picked up the live cinema documentary i’ve been deep in the production of since returning, and has said some very nice things: 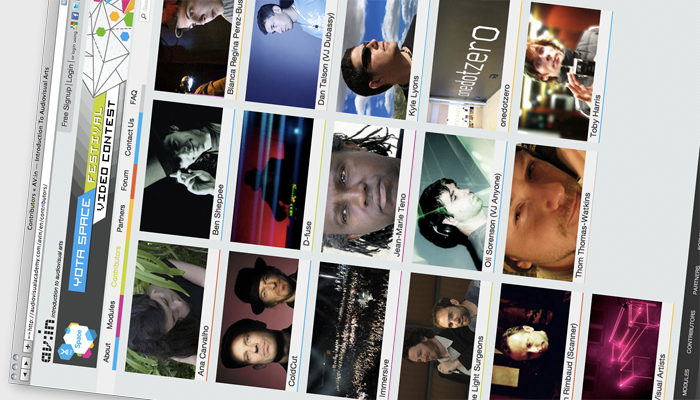 …and it has me in it, as d-fuse we filmed a pro-tip section and my live cinema documentary is part of the curriculum.