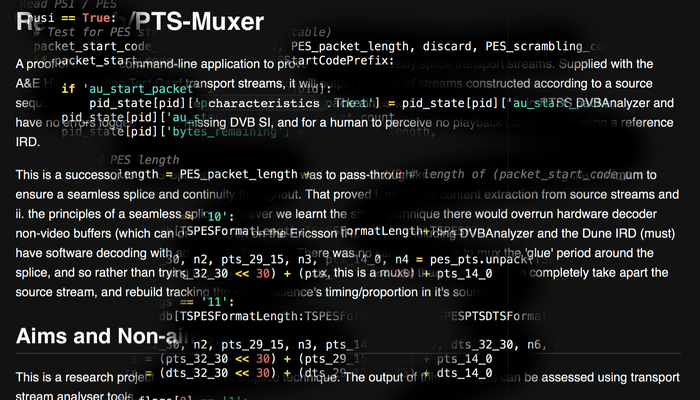 How did I keep the money coming in while writing-up? This. The work is under NDA, but I did the following for a major European broadcaster.

I delivered this project for Artists & Engineers, who sometimes have a big engineering project going on behind the scenes. It helps oil the art side, amongst other things.

It was real R&D. I have many battle stories.