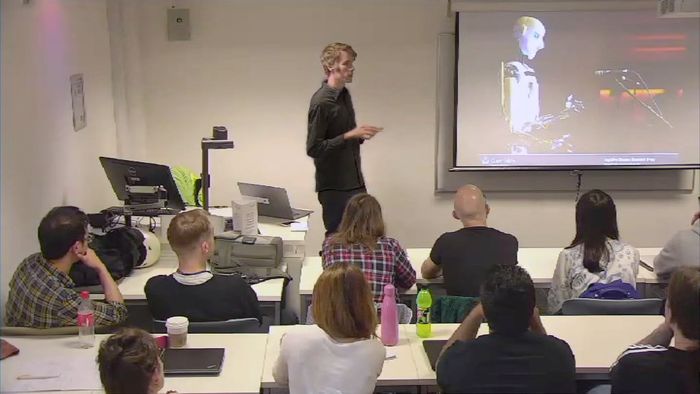 The PhD scholarship I got had some perks before starting the research process. For instance, a six-month internship, and offers of courses across Queen Mary. One of those in particular led to a lightbulb moment for me, and it informed much of my PhD. In a bid to pay this forward I taught this course on completing my PhD, for the 2017/8 academic year.

Technology has the potential to transform human communication. It changes not just where and when we communicate it also changes how we communicate. If we understand the basic mechanisms that underpin effective communication we can develop technologies that enable richer, more expressive forms of human-interaction. This research led course explores these issues by introducing the social science of human interaction. We explore how we can use this to understand how people use new communication technologies – such as video conferencing, facebook, twitter, virtual environments – and their impact on human interaction. The course covers interaction at a range of scales from face-to-face conversations through to the social dynamics of live audiences. In each case we explore how people exploit the communicative resources available to them, such as speech, gesture, touch and body orientation and then ask how we could augment these resources to enable more effective and engaging interactions.

The course isn’t trivial. Conceived by my PhD supervisor Pat Healey, it’s research-based, with a hard commitment to the idea that to design for something, you have to understand it first. This sounds fine, until the other hard commitment: as people as much as researchers, we can only rely on what’s externally manifest. That scrubs out most design thinking I’d known – no ascribing intent here. That there were methodologically secure ways to design that sensitively address human needs while in effect treating people as unknowable black boxes was a revelation to me.

Convening this course isn’t trivial either. The institutional expectations of the students are diverse: they’re drawn from Psychology and Computer Science, span final year undergrad and postgrad, plus PhD candidates audit. The methodological commitments of ethnomethodology and psycholinguistics are clearly counter to the students expectations, whether from a design background (me), or having taken the interaction design path through CompSci. Same for the Psychology students, though I have less visibility there.

Image taken from the Online Learning Environment’s lecture recording. I’m talking about how designing for human interaction can involve programming a robot to interact socially, i.e. have the nuance to deliver jokes to a live audience.

For posterity here’s the main coursework brief I set. It marks the period, when social VR could in principle be no different to interacting face-to-face, but the limitations of the nascent technologies provide many a wrinkle –