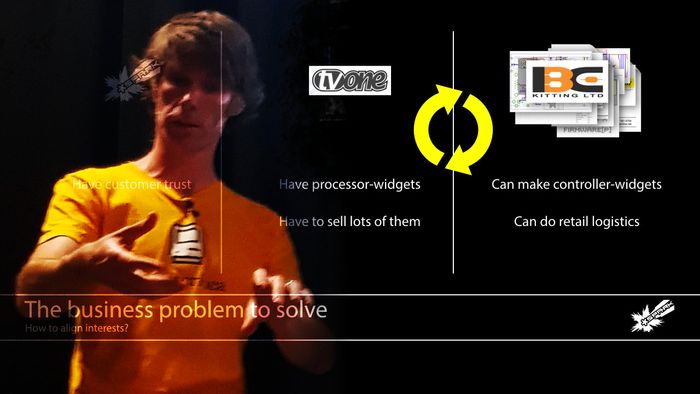 bristech » taking stock: what made a maker business

how to network in a new town? i schemed going to talks is good, but giving a talk is better. plus it would be a good prompt to develop the definitive version of the ‘taking stock’ talk, the nascent version of which i’d made for the 2014 Mini-MakerFaire we effectively launched South London Makerspace at.

Kickstarter pitches are now part of maker culture, but when do you hear back from the other side?

How did an Arduino hack turn into £50k in pre-orders? How do you get an assembly line going if all you have is a laptop? Four production runs and a retail partnership later, what were the final accounts?

Join Toby Harris as he talks product and dissects a successful run of a maker business.

A product-focussed generalist with a soft spot for python and a CV that includes getting a robot to do stand-up comedy.

there is a recording, though as with makerfaire there was a hitch; this time the audio starts a few minutes in and the video a few minutes after that.

enjoyed the talk before me, too –