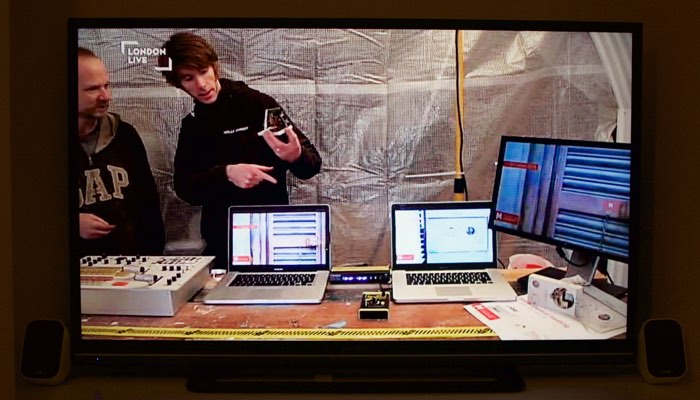 and with a televised show and tell at makerspace, my mixer and boiler retrofit were on show. brought out the 1970’s grass-valley switcher control surface i’ve had stashed for years – it’s a good prop, but also a beautiful demonstration of how things are different now: my mixer has exactly the same concept, a control surface wired to a box that does the heavy lifting. but now, the control surface is a user-experience largely defined by software, and the box is no longer a cupboard costing who-knows how tens if not hundreds of thousands, but something the size of a few matchboxes that costs in the hundreds not thousands.