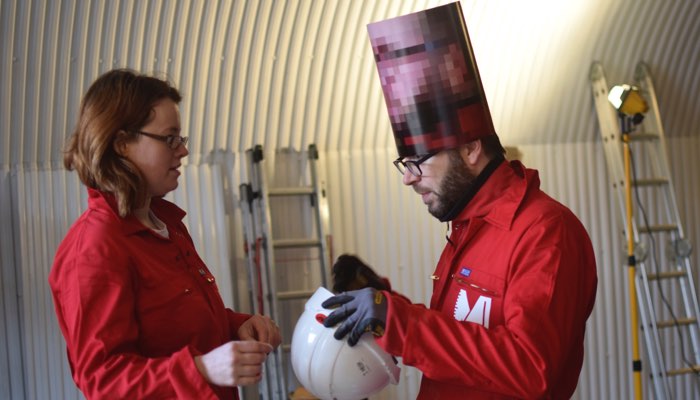 history repeating: i shot a lot of quicktime vr’s in the early 2000’s, and here i am helping out mark emery shoot to promote makerspace. the toolchain has come on, but as far as google streetview’s “look inside” is concerned, it’s the identical concept of linked 360° panorama hotspots.

what makes something like makerspace special is what happened to “plus” the idea of documenting our work-in-progress build. mark got red boilersuits and white boots at hats, that spurred me to print the makerspace ‘M’ design on the suits, and a mad plan was hatched to pre-pixellate faces, so there would be no ugly smudging out.