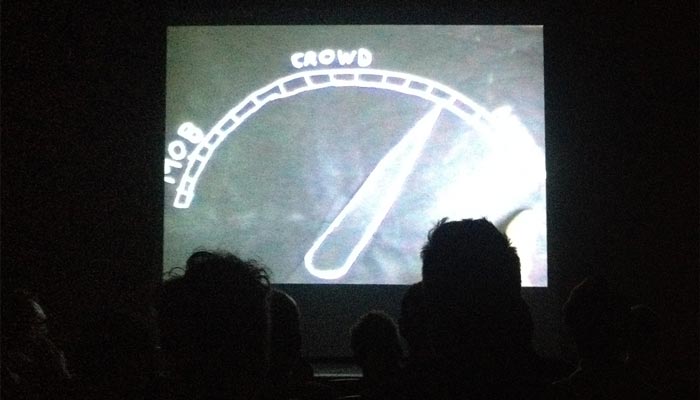 simon munnery once more stabs at the void between dead film and live theatre.

in these shows, simon never appears on stage. instead he sits in the audience behind a box of tricks that can display his face, the table or both. from here he contrives to make live films - or fylms - which are projected on a big screen at the front of the theatre.

given i have a thing or two to say about live cinema and research on live vs recorded stand-up is at the core of my phd, i kinda had to go. he even has interview-talk of inventing “live film”.

quotes from http://simonmunnery.com, but there are no links to the actual content so that’s all i can do.