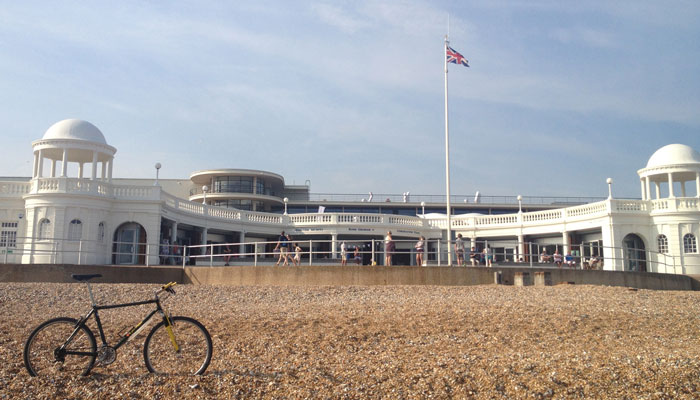 to the sea, week two: brixton-bexhill. if you ride, this is the one. more miles than brighton, but such better form – you hit countryside and the right kind of hills much sooner, and importantly, instead of croydon. chose bexhill partly to ramp up the miles, but mostly because i wanted to see the modernist delight of the de la warr pavilion. it lived up to expectation, like stepping into an alternative future. even better, in the pavilion, the current gallery show is mark lecky’s fabulous ‘The Universal Addressability of Dumb Things’, which has the windowlicker VHS sleeve as one of its items. nuff said.