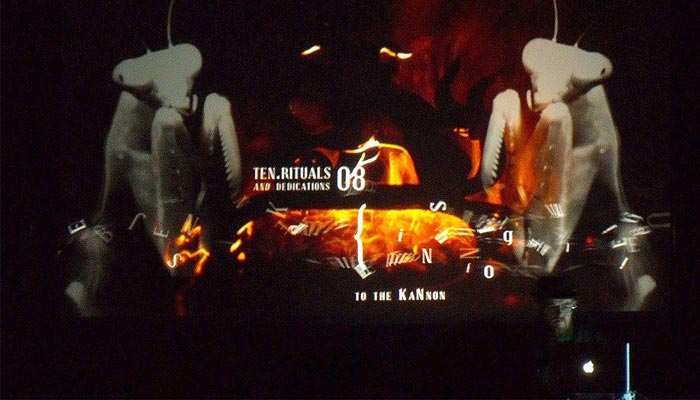 after the talk and panel discussions on live cinema itself and what role the LCF could or should play, an evening of performances. limited to a single screen, scott amoeba did a wonderfully restrained remix of the documentary kanzeon into a meditative contemplation on the ritual texts. very much my kind of thing.

that said, what made my heart race was the performance that though theoretically limited to the event’s single screen certainly wasn’t. sally golding hauled in a load of old projection gear, assembled it in the middle of the space, and coaxed an audiovisual show out of celluloid and mechanics. it was less about what was on the screen, than how the whole venue was transformed with light leak textures and sally’s shadow swooping around as she literally embraced the setup with body and arms.