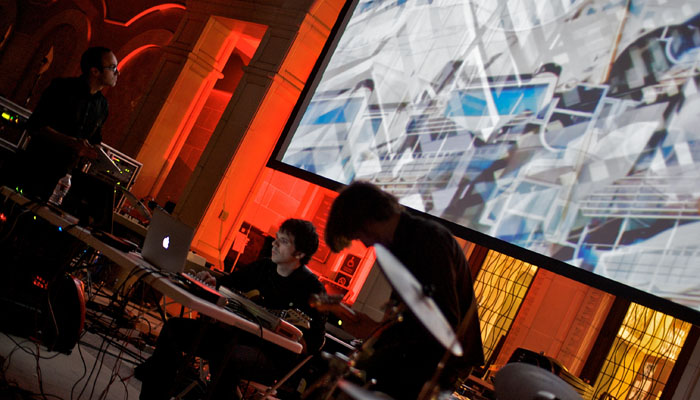 up before us: scott pagano with musicians brian king, trifonic, brian lebarton and mb gordy. with amazing works such as parks on fire to draw on, i was really looking forward to seeing scott play. it was a real smooth show. it was also one in which the vj wasn’t stuck behind a laptop screen: in the photo its not scott behind the laptop, he’s to the left, free to move around controlling the visuals with iPad in hand. the render muscle – which doesn’t skip a frame – is a tower under the table. rekindles my desire to build a hackintosh again: a black box of mac pro class power in a form i can bring on the plane.

update: some footage of the performance is up via brian king