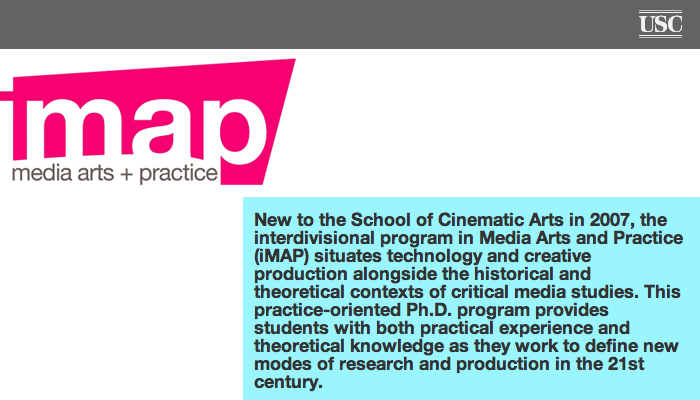 a day in a coffee shop making a major revision to the about the live in live cinema talk, and then back to USC to give it as a IMAP seminar. the host was holly willis – former editor of the amazing res magazine amongst other things – and somebody who not only is published on digital cinema and live cinema, but whose definition of live cinema is often embraced: “real-time mixing of images and sound for an audience, where the sounds and images no longer exist in a fixed and finished form but evolve as they occur, and the artist’s role becomes performative…” Holly Willis (Afterimage July/Aug 2009, Vol 37, No 1, p. 11/). my talk is not about definitions however, its about exploiting the liveness, and what that could mean.

also found the adage that everything can change in two blocks is indeed true, routing from the recommended coffee shop that turned out to be closed to one that was open put me through some streets i’d prefer not to walk down, let alone with a bag packed with my digital life. the no-healthcare-mashed-up-bodies of the homeless seemingly kettled / corralled to then be routed around: it isn’t a phenomenon unique to america, but its the one that alienates me the most.