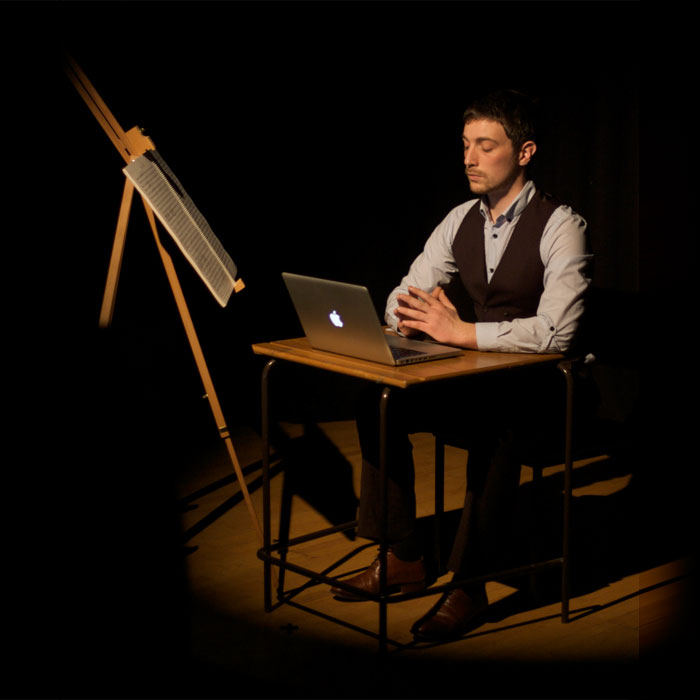 as part of the media and arts technology programme, a group of us have been investigating live performance in terms of the audience. its an area i have great interest in, believing that the entertainment can be an emergent property of the audience rather than something that has to be received from a singular performance/performer: eg. kinetxt. this project is more subtle than that, instead trying to tease apart what exactly makes an audience an audience and play with that. the first step is to stop thinking of an audience as a single thing. its a collection of people who at some point, hopefully, come together and somehow an audience emerges. its the interactions between the individuals that create an unstable state we call an audience…?

as our experiment, we created a mini-cabaret event and tried a few things out with our technological twists. here is keir performing john cage’s 4’33", and for once not because we suddenly needed to fill five minutes, but because we had the whole venue decked out as an audience noise feedback matrix, gently developing and becoming more overt through the piece.