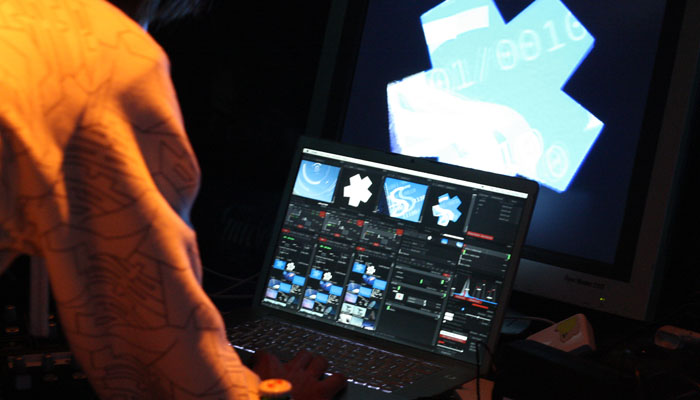 i met denis at the first vision’r, which i thought was the first french vj festival. not so he said: he had organised opus vj, down in marseille. schedules have aligned finally and i’m sky crowds and snow at gatwick to fly down there for opus vj #4. its also likely the last, denis wanting to move onto something more meaningful than what club contextualised vjing seems to lead to. definitely end of an era for a certain generation there: the first straight-up club vj set i’ve actually done in a year or two, i’m on a nostalgia voyage through *spark past myself: rocking it like its 2003.

thanks to mo, who also played, for the photo.