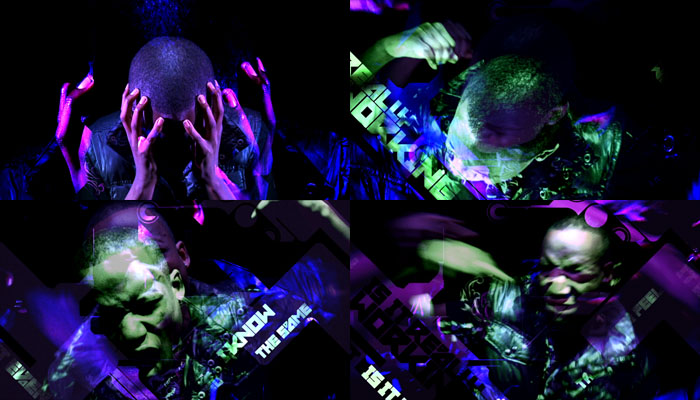 in many ways, this is my favourite video. they wanted the vocalists up on the screen, and this certainly delivers but taking it into chris cunningham territory. the magic was shooting with two cameras simultaneously, one recording crystal clear HD and the other super contrasty nightshot, while flicking the lights around. just compositing the two straight gave a crazy shifting ghost effect, and after some audioreactive magic and graphics passes the effect is really intricate. and with barely a manual keyframe, to boot.

i’ve made a 4-up frame to try and give an idea, but in retrospect it should have been a filmstrip of adjacent frames, the representation of takura flickering around.