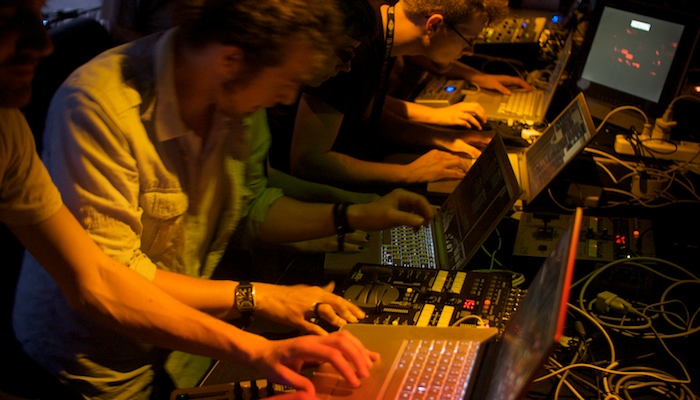 so here is my parable about the value of a community focussed event like lpm: in a world where there are only so many screens for so many hours, and open submissions for vjs, you’d think video-chaos could be the only result. it certainly happened, with different outputs on adjacent screens hurting artist’s feelings and my eyes. thing is, we’re an adaptive species, we’re social. enter the community aspect: a group of peers who’d largely never met before the festival got together as a sufficiently large group so that individually they’d take all the screens for the vj clash, but collaborated on a joint performance instead. it rocked, they all got much more out of it than performing alone, and from the audience perspective it was a revelation: the vj set commanded the space, not least of all for actually having an intro, all screens breaking down in sync with the music, performers energised as a team and so on. total win for everybody; organisers, artists, punters.