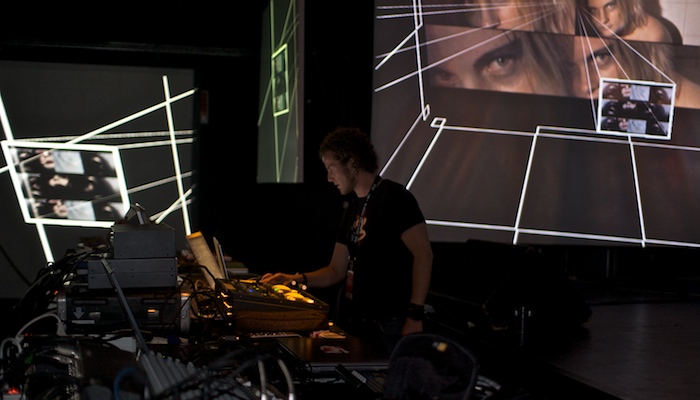 having met david through visual berlin and his offering to help make the vjtalks happen at lpm, it wouldn’t have done to miss his set. so, early on the first night of lpm we were there, and in that next 45 minutes pretty much the festival was topped: serpendity was a great work. it held together. it felt complete. it carved its own line between abstraction and representation, music and noise. the visual was the audio and vice versa, conceived and engineered together.

i say engineered, as the visuals were rendered live using quartz composer using audio-analysis to really great effect. i had seen david’s early sketches on flickr (curly code), and while pretty and kinda interesting my “meaningless abstract 3d filter” turned on. what a difference the focus of a performance makes: worked up with music, animated and paced with the set, and there as a triplehead composition over nine screens with an energised figure at the centre, commanding it.