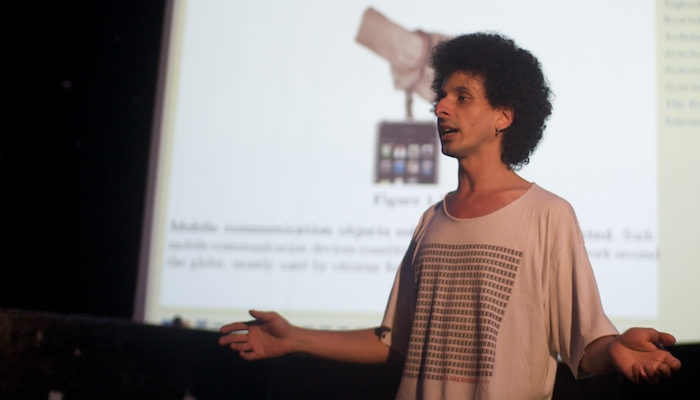 jaromil roio was at this year’s lpm too (see vjtalks last year), and gave a really good talk in which he said something i will be repeating for years to come. probably not verbatim, but “if a community has trust, it can invest in its future”. which is a nice way to sum up a lot of what i’ve thought in trying to push the vj (and post-vj!?/) community on. a simple example would be a “live performer’s meeting club”, where you pay some amount to become a member, which lpm can then invest into securing the next festival, up to which you then rock up knowing you helped make it happen, with your workshop fees already paid. jaromil used the example of blender, where the users contribute in advance to help facilitate not only to its development, but the production of a work made with it.

[edit] having just found the note i wrote at the time, it was something like “community trust to pay for what you’re about to do”

the slides are here - http://jaromil.dyne.org/journal/creazione_dal_basso_e_p2p.html