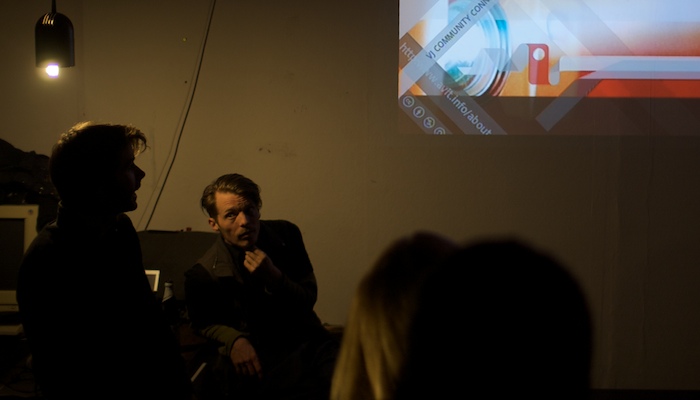 if you’re in berlin working on the new avit vj network website, you’re not going to miss going to visual berlin’s weekly meeting: its a concrete expression of what avit stands for, of what can happen through the network effect. so doubly nice to have a tag-team history of avit presentation shared between so many in the room, and not just be able to trace not only visual berlin’s genesis, but many other nice things such as joanie of antivj’s proto-mapping work at avit>c23 that led to a permanent installation in maria where we had been two nights before, as well as being the big movement in visuals since.