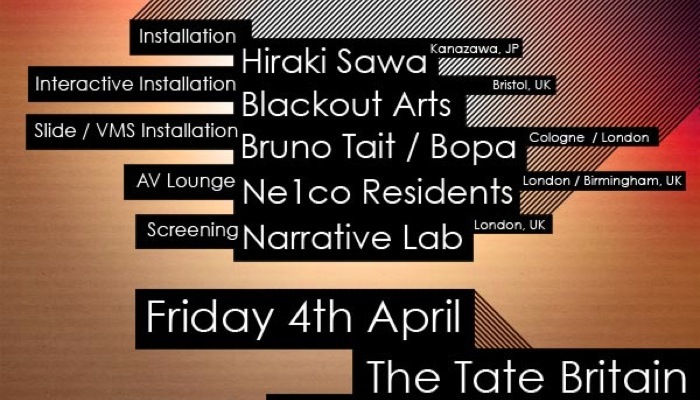 an outstanding vj-related event in london, something surprisingly rare. for one evening the av-social transformed itself from so-so bar effort to a near seamless extension of a bastion of the british art establishment.
integrated into the architecture of the tate britain’s empire-era halls were a number of semi-live installations, all of which felt right in the space and of which blackout arts really hit the jackpot - although in the true nature of installations, you really had to be there to appreciate the transformation of dust and so on into graceful plays of light and shadow.
downstairs was the impressively curated narrative lab screenings, not such a nice space and with a fastfold somewhat jerry-rigged, but a really important body of work shown in my opinion. of course i’m biased, as a rbn_esc sampler formed part of it, but hey: i was in the tate!
for photos, the best i’ve seen so far are at decollage.tv’s blog post