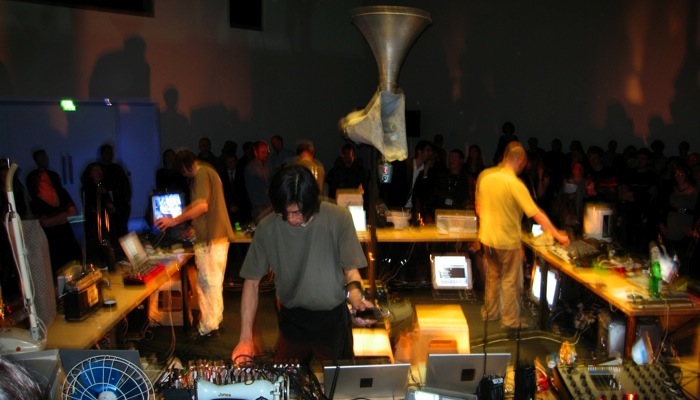 atau on the geiger counter, others on other… as per the original, there were 64 sources in the piece so they were never short of something to fiddle with. the event was sold out, and almost a victim of its own success, with people crowding the tables so the optical sensors were often swamped by shadow, and perhaps people didn’t move around as much as they should… the effect was was one to savour, hearing the shifting balance between the amplified and effected sources against the smorgasbord of stuff, whizzing and whirring away.