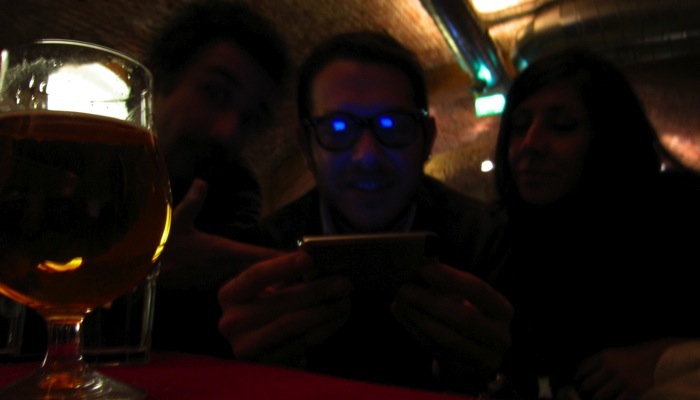 hello bologna with the future in my pocket

and straight back out to bologna via an agonising day realising that the first generation iphone wasn’t in my destiny, damn that contract being a two year one not 18 month contract as i thought. so i’m now sporting an ipod touch as stopgap untill the 3g iphone arrives. its a very cool toy, and an mindblowing one when there’s wifi in the air. and quite handy when straight off the plane sunday night clubbing with new local vj partner inés, explaining the ford vj project with a video.