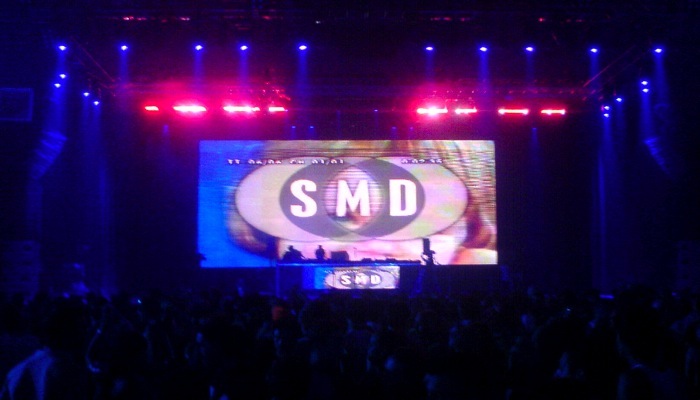 sónar-by-night felt kinda epic but empty… a superhuge rave in a convention centre, underground it was not. started well listening to london’s dubstep sound, but the music was largely so-so for me until simian mobile disco at the end. odd that in such a huge complex of venues, there wasn’t a breakbeat to be heard. oh, and the visuals were rubbish: not what i was expecting having footage of no-domain and suchlike from previous years.