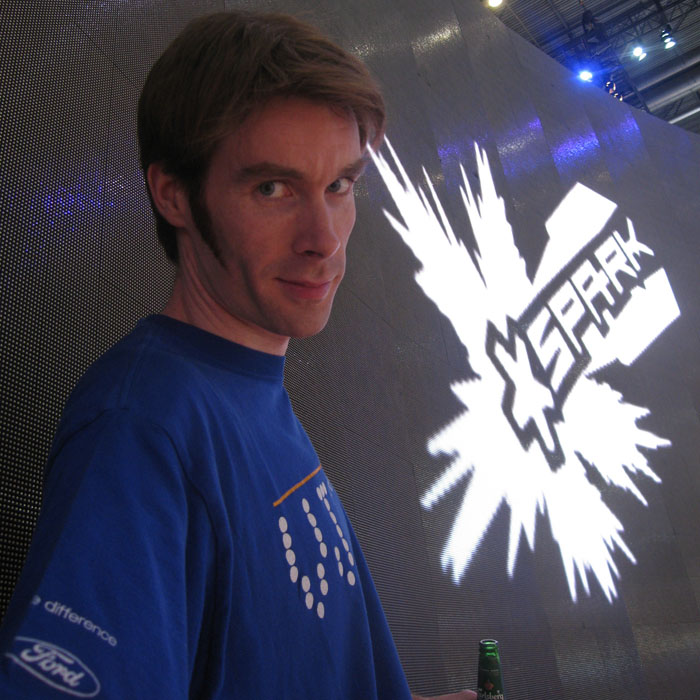 i’ve just arrived back from, well, from a very big thing. quit-your-job type thing. i signed a non-disclosure-agreement in december, things were set by january, had quit apple not long thereafter, february was intense pre-production, and then it really happened: two and a bit weeks at the geneva motor show, putting out a four minute vj mix every 16 minutes, a peer to the hd brand videos on the immense led wall.
its a really amazing project as the vj is not there for sparkle, but more akin to tom cruise in minority report, taking in a flow of user generated content and magic’ing it onto the big screen. massive props to imagination for the concept and the multi-disciplinary clout to make it happen, and to ford for really going out on one with this project.
i would write more, but i’ve only 36 hours back in london before being off again: a short break after all this and then straight into the amsterdam motor show. onwards!