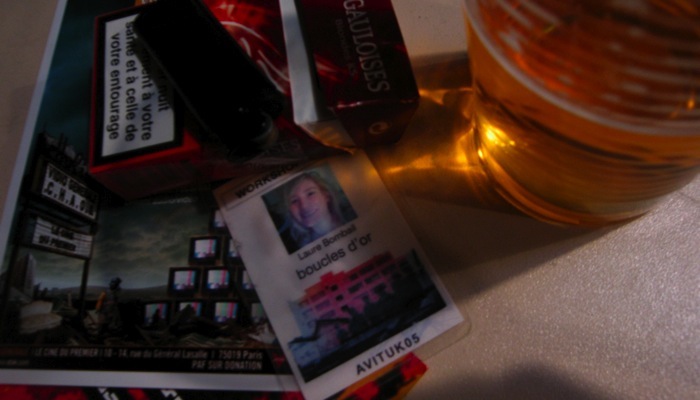 moments that make it all worthwhile

#1 - performing the audiovisual rbn_esc to an attentive room, the idea of live cinema becoming visceral, having an out-of body experience while performing, feeling the work, feeling the audience, feeling the energy
#2 - meeting an inspiring person, and then them producing their avituk2005 pass from their wallet. its getting on for two years after that epic, not to mention the years of organisation and build-up from avit the worldwide vj network’s inception in 2002… knocked me for six.